Who Applies to 6 Ivy League Colleges . . . and Gets In? This Metro Detroit Brainiac

The other question is why?

Not why did Sam Saba get into Harvard, Princeton, Yale, Brown, Columbia and the University of Pennsylvania. That's clearly well-deserved.

But why would a Utica Community Schools smartie over-spend his parents' application fee money to cover all but two Ivy League campuses? And now that we think of it, why does he dislike Dartmouth and Cornell? 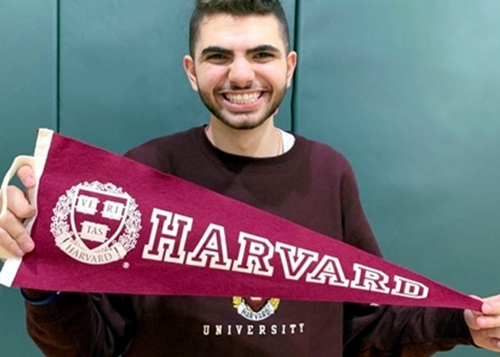 Sam Saba: "I always believed I could do it."
(Photo: Utica Community Schools)

That's just sideline curiosity about an admirable teen scholar's amazing achievement. All that matters is that Saba begins classes Sept. 3 at Harvard on a scholarship, majoring in Middle Eastern and global studies.

"The idea of college being so important has always been instilled in me" by parents and teachers, he says in a district post. "I always believed I could do it and should try." Saba has attended Utica public schools, which says it's the second-largest Michigan district, since elementary grades.

His career interest in conflict resolution and humanitarian efforts was formed by both his cultural background and his study of the Israeli-Arab conflict as part of his extended essay, an International Baccalaureate graduation requirement.