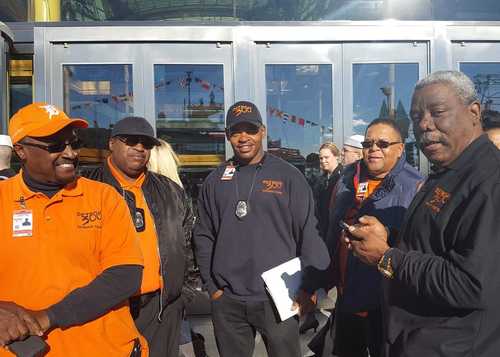 Early this month, when it emerged that a suspected serial killer was raping women and dumping their bodies in vacant houses on Detroit’s east side, dozens of men fanned out across the area in an effort to bring the killer to justice. They solicited tips from the public, searched abandoned houses for clues, and encouraged women to take precautions.

But the men, some of whom were armed, weren’t police officers or police auxiliary. They were volunteers with various community crime prevention groups, including the Detroit 300 Community Action Team.

Many had no formal law enforcement training and experts say their participation — which included plans for a possible citizen's arrest — threatened to jeopardize the case and endanger the public. And yet, Detroit police welcomed their help.

The Detroit 300, which takes its name from a Hollywood film about a small fighting force of Spartans and styles itself as a defender of “the innocents,” routinely aids police in high-profile cases. The day after a TV news report showed its members going through abandoned houses, something police later urged against, group leaders joined Mayor Mike Duggan and Police Chief James Craig at a news conference to describe their role in the search. Detroit 300 and the community groups were said to be serving only as intermediaries between police and residents reluctant to speak to them — additional “eyes and ears” to collect information that could lead to a break in the case.

"They cannot do it alone,” a leader with Detroit 300 repeated at the June 7 news conference. “We want to make this plan of action ... a model for the country.”

That the sanctioned liaison work quickly morphed into something resembling law enforcement underscores the fine line between community engagement and vigilantism. The first is encouraged by the department as it grapples with historically low staffing levels and residents leery of providing tips. But the second, experts say, presents a host of risks: When civilians play cop, it can render evidence inadmissible in court, create liability issues for police departments, and put the public at risk, especially if the civilians are armed, like many of those who took part in this month’s search.

“It’s reckless and dangerous for residents to take matters of law enforcement into their own hands,” Michigan Attorney General Dana Nessel said last week in a news release urging against vigilante activity in a separate case in Grand Rapids. “Well-meaning vigilantes not only endanger themselves, but their actions may result in important evidence being suppressed, impeding our ability to properly and effectively do our job.”

In an interview, deputy police chief Todd Bettison, the department’s top community liaison, defended the partnership, saying Detroit 300 has not impeded an investigation or sparked a citizen complaint in at least five years. In 2012, under previous leadership, Detroit 300 was sued and accused of aggressive tactics.

“All I can say is, they’re following state law and we gave instructions for them to be eyes and ears only,” said Bettison.

The department, he says, has had talks with Detroit 300 and other groups explaining “what’s appropriate and what’s not.”

According to Detroit 300 vice president Imhotep Blue, such talks have never taken place. But he says the group is strategic in what tasks it assigns its members, many of whom he says are ex-law enforcement and ex-military.

“My guys know exactly what to do in regards to a crime scene and our 10-year record proves that,” said Blue. “[Use of] firearms has never been a story, it’s never going to be a story, there’s been no reports of us accosting anybody, violating anyone’s constitutional rights.”

Detroit is no stranger to the problems that can arise when relying on civilian patrol groups. In 2012, as police were trying to find a suspect in the shooting of a 9-month-old boy, members of Detroit 300 had two women they believed to have some knowledge in the case meet them at the 6th precinct for questioning. The women sued both the department and the group, alleging that no officers were present and that the civilians mistreated and held them against their will for hours.

Blue disputes that the women were held and said it’s common for people to meet at police stations in situations where they may feel unsafe.

The city settled the case for $30,000, according to Tracey Martin, the lawyer for the women.

The department’s partnership with groups like Detroit 300 “is a ticking time bomb,” said Martin. “It’s just a matter of time before some other incident is going to occur.” 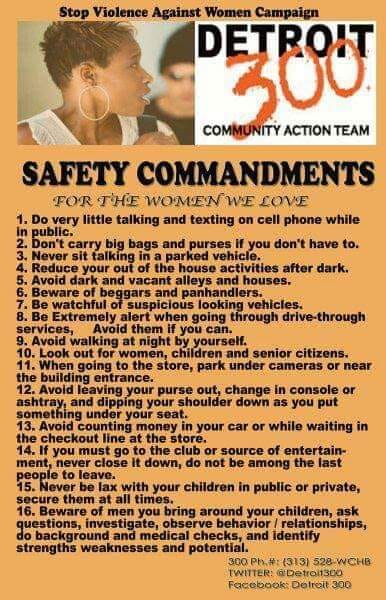 A list of "safety commandments" issued by Detroit 300 urges women to avoid leaving the house at night and talking on the phone in public. It was shared 800 times on Facebook. (Photo: Facebook, Detroit 300 Community Action Team)

But the group doesn’t just muster for high-profile cases like the east-side homicides. Some members on guard at gas stations in high crime areas, wearing orange polo shirts emblazoned with the Detroit 300 logo. An “advance team” made up of about 30 armed men who’ve undergone weapons training is typically “deployed” to crime scenes to do “recon and intel,” Blue said. Volunteers, who can number in the hundreds, are then sent into the community to knock on doors and glean information from residents.

According to a 2016 report by the Michigan Chronicle, the advance team is “frequently lauded as a premier organizational model by the NRA.”

The group credits itself with having helped solve about 30 major crimes.

In the case of the serial killer search, leaders with the groups involved say civilian volunteers were instrumental in helping find suspect Deangelo Martin. Pastor Mo, of the Live in Peace Movement, said the coalition of groups had zeroed in on Martin in the area of 7 Mile and Gratiot when a female volunteer saw him at a McDonald’s and phoned the coalition and police for backup.

“Police was already in the area and they swooped down and caught him,” said Pastor Mo.

Had a member of Detroit 300 or Live in Peace Movement arrived first?

“We probably would have done a citizen’s arrest,” he said.

The Attorney General’s office would not comment specifically on Detroit 300’s role in crime fighting in the city. But MSP Lieutenant Liz Rich, who’s involved in the Grand Rapids case drawing vigilante activity, let out a “wow” when told of the search that had gone on in Detroit.

“As a law enforcement officer I would never encourage anyone to confront another individual that you think could turn dangerous,” she said, noting that police, unlike civilian volunteers, have training in de-escalation.

Bettison said the department does not want the crime-fighting groups to attempt citizen’s arrests, and was unaware that was a possibility.

The presence of a weapon is also more likely to produce a negative outcome, according to studies on so-called “right-to-carry” laws. Craig has ignored this data, and in 2014 famously said that arming more “good Americans” would make cities like Detroit safer.

Detroit 300 leadership has said it takes steps to ensure it operates lawfully by training members on rules surrounding citizen’s arrests and carrying a weapon. But in a 2014 interview with the Guardian, Blue appeared confused on other aspects of the law. For example, he said he thought members of the organization could legally break down the door of a home to apprehend someone suspected of committing a felony.

“Law enforcement has to go to a judge and get a warrant, but by that time there’s the possibility the person you want will have slipped away,” Blue told the Guardian. “We don’t need to go to a magistrate to get a warrant. If we apprehend someone, we turn them over to a deputy’s sheriff or a magistrate ourselves.”

When presented with that statement, Peter Henning, a Wayne State University professor and former federal prosecutor, said, “I’m not sure [that] is correct.

“That could be considered a burglary if the person was not in fact the perpetrator of a crime … there are limits to the amount of force that can be used, and also whether they can trespass on private property to effect an arrest.”

Sandra Hines, president of the Detroit Coalition Against Police Brutality, says a partnership like the one between DPD and Detroit 300 “would never fly in any other community.” 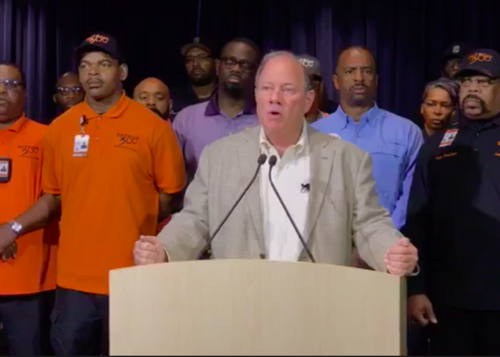 “They're not the police; we pay the police to work for us,” said Hines. “Chief Craig needs to do his job. He needs to be the one to come up with strategies and tactics to deal with these crimes, not a group of vigilantes with no oversight.”

But leaders with the community groups argue the circumstance Detroit finds itself in warrants an unconventional response, and that its unfair to label caring citizens as vigilantes.

“How dare anyone even suggest about a vigilante when our daughters cannot catch the bus, women cannot go get groceries, senior citizens are being knocked in the head, women are being holed up in some abandoned house and murdered,” Pastor Mo said on a recent episode of Fox 2’s Let It Rip. “Every man better get up and do something about it.”

The department’s increased reliance on civilian volunteers comes as it struggles to attract and retain officers due to low pay and poor benefits. But instead of using the need for outside help in locating a serial killer as a rallying cry to put more cops on the streets, Craig and Duggan advocated for a different response to crimes like the three linked homicides.

Together, they asked the public to approve a $200-million bond so the city could knock down more vacant houses.