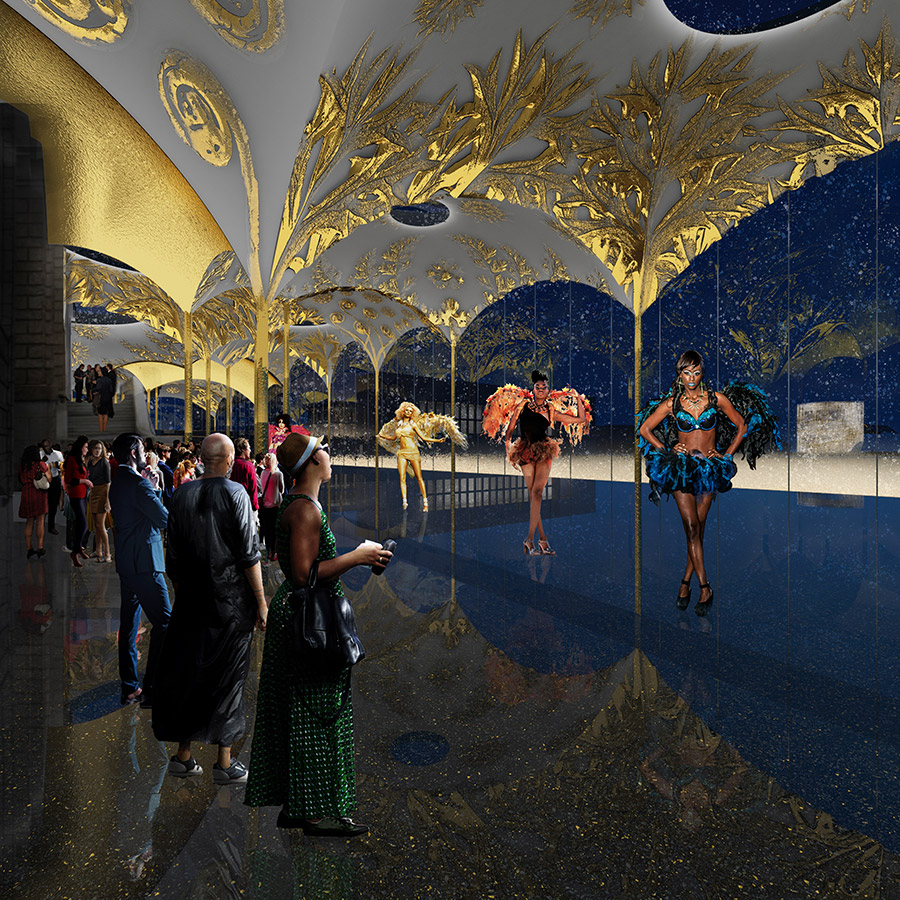 An at least $75-million plan to connect Midtown's 12 cultural institutions would add plazas, greenspace, and walkable paths to a 9-block area around Woodward and Warren. It also may include reducing the number of lanes on Woodward.

The design was the winner of a competition that called for entries to make the area more cohesive. Right now, Detroit's cultural center is a "mish mash of styles spanning Beaux Arts, Modernism, and Brutalism, and has a certain sense of placelessness," reports architecture and design magazine Metropolis.

The studios and people behind the vision are Paris-based Agence Ter, Detroit-based rootoftwo, Detroit-based Akoaki, and Harley Etienne, an urban planner at the University of Michigan’s Taubman College.

“The winning proposal goes the furthest in giving a coherent and legible public realm that responds to the individual institutions, but through very strategic insertions and realignments, they’ve been able to give the pedestrians a way of moving through the space that helps them realize they’re in the heart of Midtown,” [said Detroit planning director Maurice Cox.]

The team’s vision ... aims to create a welcoming, accessible, pedestrian-friendly district that’s also visually cohesive. The heart of the proposal is “The Square,” a new rectangle-shaped hardscape plaza that both links the area’s cultural institutions and creates a new, recognizable centerpiece for the district. Cutting across The Square is a set of large new greenspaces that create a backyard for the surrounding institutions. The designers say they drew inspiration from the relationship between Bryant Park and the New York Public Library. Framing the entire district is ‘The Necklace,” a meandering pedestrian pathway and promenade that connects all of the institutions. 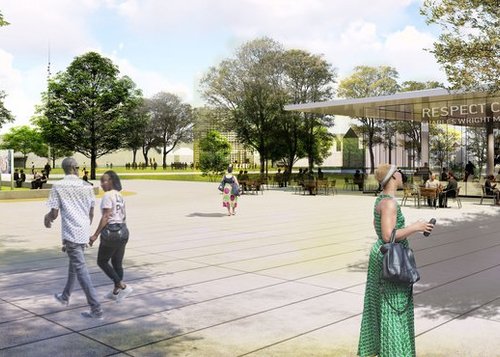 From where would the money for this ambitous vision come? Crain's reports William Davidson Foundation and Fred A. and Barbara M. Erb Family Foundation were the main backers of the design portion of the project. More foundation money would be needed to bring the project to fruition:

The Erb and Kresge foundations have also committed support to the next phase, and there are talks happening with other funders, McKeever said.

"It's our responsiblity to take that vision and turn it into the practical," he said.

Planning for making Detroit Square a reality will take place over the next 18 months, with Midtown Detroit managing the planning.

Beginning in July, the team will conduct topographic and tree surveys, mobility and parking studies, stormwater management survey, lighting assessment and more. A study of traffic in the whole area will also be done, said John Marshall, a partner at RootofTwo and associate professor in UM's Stamps Schools of Arts & Design.

"Stakeholders" would be brought to the table to help iron out details of the vision, Crain's reports.

The Detroit Square design will be on display at the main branch of the Detroit Public Library throughout the sumer.