On Detroit's East Side, an Artist Turns This Mack Avenue Apartment into a 'Dreamlike Installation'

Ceramic cones by Anders Ruhwald are at his new "immersive installation" through Oct. 5. (Photo: Jerry Birchfield)

An imaginative, offbeat art installation is on view for four months in a three-story apartment building surviving alone on a near east-side Detroit block.

But make no mistake: This isn't some underground creative takeover or guerrilla art action. Though there's no gallery or museum atmosphere, this free exhibit is a serious project by Anders Ruhwald, a Cranbrook Academy of Art artist-in-residence and head of its ceramics department since 2008. 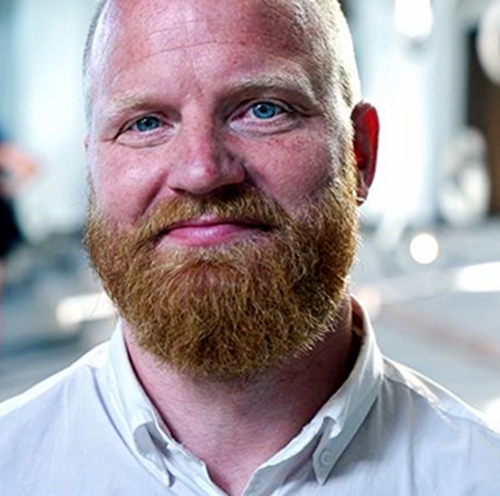 Anders Ruhwald has been at Cranbrook for 11 years.
(Facebook photo: Jeff Cancelosi)

The Danish immigrant displays his walk-through creation, titled "Unit 1: 3583 Dubois," in a brick building he bought in 2014 on Dubois Street at the corner of Mack Avenue, a desolate block just northeast of Eastern Market. The project and the restored building have evolved over five years, with portions of Ruhwald's vision previewed in 2015 at a Chicago gallery and more extensively in 2016 at the Museum of Contemporary Art Cleveland.

Now it's in the namesake location, where an opening reception was held last Saturday as part of a Detroit public art series organized by Laura Mott, senior curator at Cranbrook Art Museum. The multi-site presention is titled "Landlord Colors: Material Detroit," which a Detroit Free Press contributor says is "one of the most ambitious projects in the history of the institution." (Thursday and Saturday tours of "Unit 1" are by reservation; see times and link below.)

Ruhwald, 44, "investigates themes of transformation and memory through this installation of black ceramic, charred wood, molten glass and perceptual environments," the Bloomfield Hills museum says. He calls it a "dreamlike installation."

As with all art, in other words, it has to be seen to be appreciated. 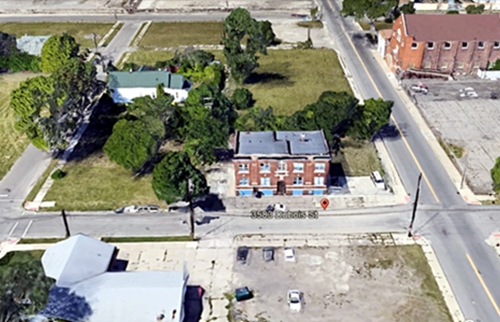 Parking is ample around the installation site, at center on Dubois Street near the corner of Mack Avenue. (Photo: Google Earth)

"It'’s a place that seems like one you once knew, but is also entirely foreign," as Sarah Rose Sharp of Detroit wroite in Hyperallergic, an arts and culture site, after seeing the Cleveland version.

This might be thought of as a visit to a place of memory, or a commentary on a sense of alienation from the mundane nature of daily existence. Regardless, it's difficult to escape a haunting feeling. . . .

The occupants of this space are Ruhwald's ceramic vessels, which lurk in closets and loom along the main corridor quietly emanating heat, or form an ominous gathering in the back bedroom for some unknown purpose. 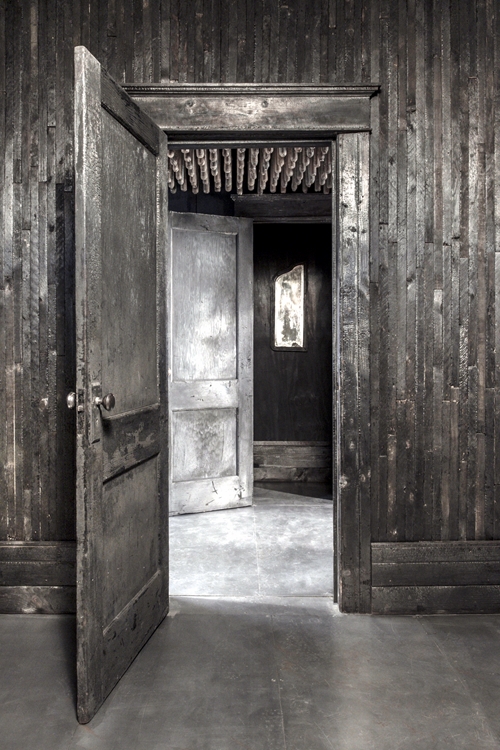 The Cranbrook Museum adds local context for what it describes as an "immersive installation:"

3583 Dubois Street . . . no longer exists. While the once-dilapidated 7,000 square-foot brick apartment building at this location still stands, the city has reassigned its address as 2170 Mack Avenue. It is a subtle change, but one that underscores a metaphoric loss of this place's history.

Like so many in Detroit and cities like it, this once-abandoned building holds memories waiting to be erased or revived. In his installation, "Unit 1: 3583 Dubois," Anders Ruhwald repositions the building's identity, intertwining its past, present and future.

The permanent installation consists of eight full-sized rooms and corridors inside one apartment of this building, which the artist purchased in 2014 and has actively been restoring for the last five years. Ruhwald has converted the rooms in Unit 1 into abstracted spaces, using materials from the building and neighborhood along with his signature ceramic works.

Across the installation, fire is a key element that serves as material, process and subject matter. Something that both consumes and transforms, fire has become the vehicle for Ruhwald’s exploration of destruction and renewal. Using charred wood, ash, molten glass, steel, lead, tiles, bricks, found objects and black-glazed ceramics, Ruhwald meticulously composes an immersive, richly sensorial experience that is at once dramatic, nostalgic and uncanny.

The permanent installation, "Unit 1: 3583 Dubois," is both a memorial and a proposal in which materials and forms coalesce to retell (and thus reclaim) the past, animate the present and suggest a shifted future.

The artist's goal was "to strike the precarious balance between the constructive and destructive forces of fire," he says in a 2016 foundation grant description, adding:

"Going through the space feels like walking through a surreal cave where the space and the objects inside are at once recognizable and strange. It will pull you in and push you back in order to make you contemplate the effects of fire and consider its ramifications within the domestic and intimate."

Ruhwald graduated from the Royal College of Art in London in 2005 and has had more than 30 solo exhibitions  around the world. His sculptures are in more than 20 public museum collections, including the Detroit Institute of Arts and the Victoria and Albert Museum in London. 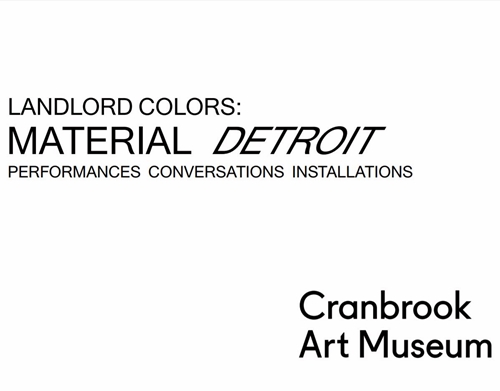 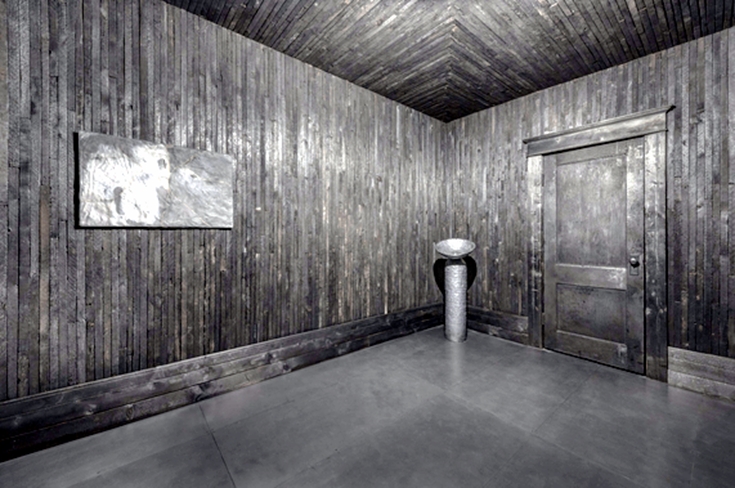 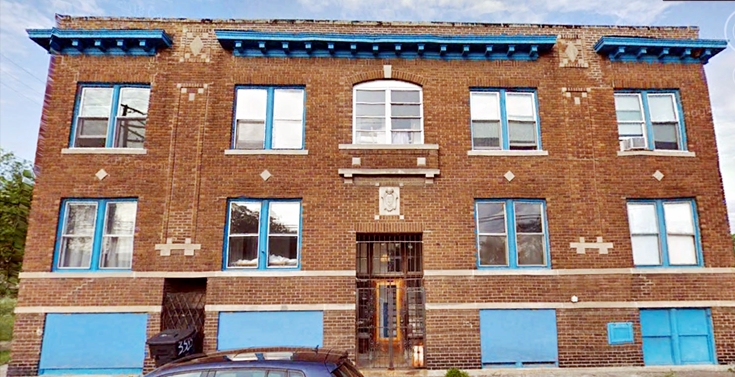 The Danish-born artist bought 3583 Dubois St. five years ago and has been restoring it. (Photo: Google Street View)