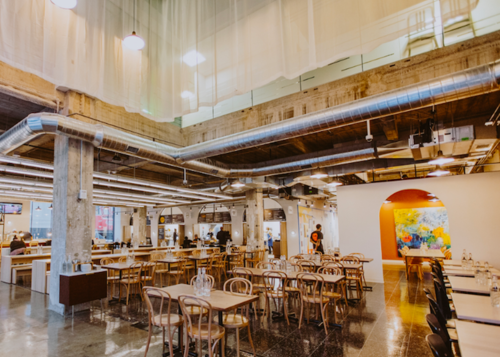 Fort Street Galley, a new downtown Detroit food hall that gets a lot of press perhaps because it sits on the same block as the press, is losing restauranteurs but vowing to stay the course.

FSG co-founder Ben Mantica opened up to Freep food critic Mark Kurlyandchik about the troubles at the upscale food business, where two tenants have left early due to poor sales.

But there is a turnaround plan. Mantica, with the Pittsburgh-based Galley Group behind a number of food halls in the Midwest, tells the paper it involves getting more "local."

"I think it's very important that in a city like Detroit you have to earn the community’s respect and support local," Mantica said. "That’s what we try to do with our chefs. (But) we didn’t apply what we usually do, which is teaming up with other local businesses, whether that be local artists or breweries. We have a lot of that coming online in the next couple months that we’re really excited about."

Mantica declined to name specifics, but said that the food hall will soon announce new partnerships with a local brewery and a local distillery.

"The other thing and why we’ve been so successful elsewhere is our approachability and I think we got a little away from that in Detroit," Mantica said. "The whole spirit and vibe of our other locations is all about having fun with no pretentiousness and we kinda got away from that."