'Raise My Taxes,' Says This Detroit-Bred Billionaire, Who Gets the Harm of Income Inequality

"For most people, our system isn’t working," writes a well-known Michigan State grad and major benefactor who has done quite well under our system. 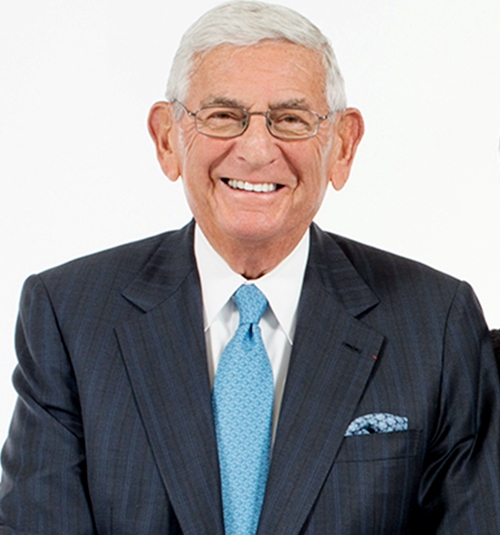 Eli Broad: "I can afford to pay more, and I know others can too." (Photo: MSU)

Eli Broad, a billionaire industrialist raised in Detroit by immigrant parents, has a provocative guest column in The New York Times. Under the headline "I'm in the 1 Percent. Please, Raise My Taxes," he discusses "the deep inequities preventing most Americans — the factory workers and farmers, entrepreneurs and electricians, teachers, nurses and small-business owners — from the basic prosperity we call the American dream."

It's time for those of us with great wealth to commit to reducing income inequality, starting with the demand to be taxed at a higher rate than everyone else. . . .

I have watched my wealth grow exponentially thanks to federal policies that have cut my tax rates while wages for regular people have stagnated and poverty rates have increased.

So when the Democratic candidates take the stage this week for their first debate, I invite fellow members of the 1 percent to join me in demanding that they engage in a robust discussion of how we can strengthen a post-Trump America by reforming our tax code.

Here's what great wealth means in his case: Broad (pronounced BRO-de) is 233rd on the global Forbes List with an estimated net worth of $6.7 billion -- making him the 78th wealthiest American. 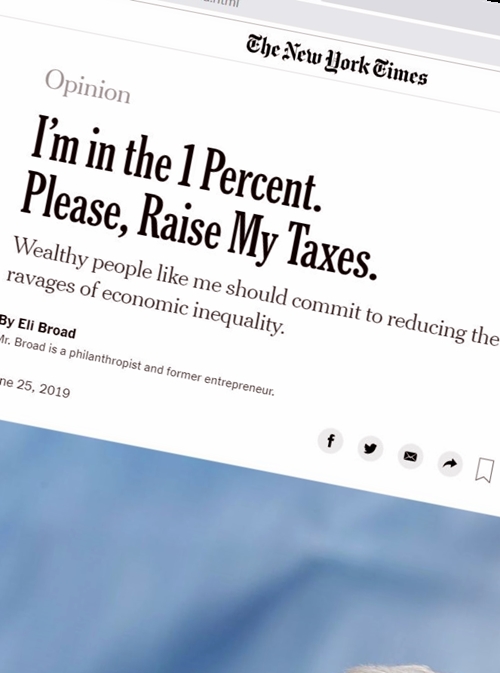 The 86-year-old describes himself in The Times as "the child of Jewish immigrants from Lithuania who came here with little more than an oversize belief in what America could offer."

Their faith was well-placed: My parents watched me build two Fortune 500 companies and become one of the wealthiest people in the country."

Fast-forward to Wednesday's policy call to action in The Times, which mentions tax reforms floated by presidential candidates Elizabeth Warren and Bernie Sanders, as well as one by Sen. Ron Wyden of Oregon. He doesn't endorse a specific approach, but suggests that Americans "admit out loud what we all know to be true:"

A wealth tax can start to address the economic inequality eroding the soul of our country's strength.

I can afford to pay more, and I know others can too. What we can't afford are more shortsighted policies that skirt big ideas, avoid tough issues and do little to alleviate the poverty faced by millions of Americans.