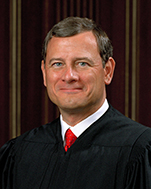 The U.S. Supreme Court dealt a fatal blow to a Michigan lawsuit seeking to throw out legislative maps as unconstitutional. It ruled that federal judges shouldn't decide the issue, The Detroit News reports.

Addressing cases in North Carolina and Maryland, Chief Justice John Roberts, writing for the conservative majority in a 5-4 decision issued Thursday, said legal challenges involving gerrymandering of districts are "political questions beyond the reach of the federal courts."

The Michigan case technically is on appeal to the Supreme Court but will likely be dismissed as a result of Thursday's ruling, Jonathan Oosting and Melissa Nann Burke report.

But the decision may not have a long-term impact in Michigan . . . because voters here last fall approved an amendment to the state Constitution creating an independent redistricting commission that will take over map-drawing duties from lawmakers, beginning in 2022.

Here's what Michigan's Democratic secretary of state says about that:

With clarity from the courts we will move forward to implement the Independent Citizens Redistricting Commission for the 2022 elections and actively engage all of our citizens in a transparent process that leads to fair districts for all.

And this is what a Downriver representative who's the House Democratric whip tweets about Proposal 2's passage:

This is why Voters @NotPoliticians was so critical to the future of Michigan’s democracy. We have independent redistricting for the next redraw because of these citizens. Other states need to follow suit if they want fair maps for their voters.

In April, a three-judge federal panel in April threw out Michigan's gerrymandering maps adopted in 2011 by the Republican-led Legislature, ruling that they dilute the power of Democratic voters. The panel had ordered state lawmakers to redraw the maps by August.

The Michigan case is still technically on appeal to the Supreme Court, but will likely be dismissed as a result of Thursday's ruling, along with all other partisan gerrymandering cases pending in federal courts, legal experts said.

In a dissent from the chief justice's majority opinion, Justice Elena Kagan writes: "

"The partisan gerrymanders here debased and dishonored our democracy, turning upside-down the core American idea that all governmental power derived from the people."