Emus and seized homes and blight, oh well: Just another day at the office for Detroit’s ombudsman 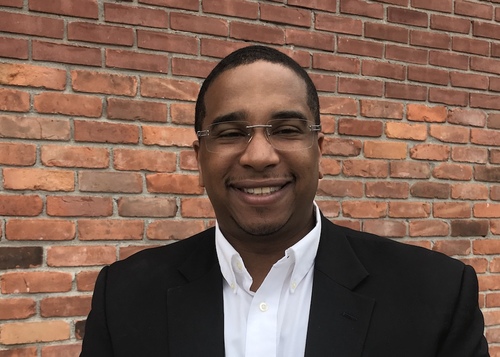 When a Detroit couple wanted to get out of their blighted neighborhood several years ago, they settled upon more vibrant Corktown, bought a rundown house they could afford, and began rehabbing.

But their progress was too slow for the Detroit Land Bank Authority, which runs a program through which it annually seizes hundreds of houses that violate the nuisance abatement code in the city's more viable neighborhoods. The couple’s house was noticed, and efforts to take it began.

They were able to seek help through Detroit’s Office of the Ombudsman, however — an independent oversight agency that fields complaints about city government — and today appear poised to keep their home.

Established by the charter 40 years ago, the office acts on thousands of complaints annually, taking them up with the respective agency, requiring a response, and advising and advocating on behalf of residents when appropriate.

The ombudsman is Bruce Simpson. He was installed by city council in 2015 and is to serve a 10-year term.

The office also issues policy recommendations based on those complaints. Its latest report calls for putting an end to the Land Bank’s seizure of Detroit residents’ homes via the nuisance abatement program, arguing that while it does a good job of reigning in speculation by overseas and other controversial investors, it too often results in hard-working Detroiters losing equity or a source of income.

In an ironic twist, Simpson says most of the abandoned houses in the neighborhood the couple was trying to flee in the first place were in fact owned by the Land Bank.

“I think it’s very hypocritical for the Land Bank, which owns anywhere from 90,000 to 95,000 parcels and can't maintain those parcels appropriately — for them to do a 180 and then say to the citizens of the city of Detroit: ‘Oh, you're not [rehabbing them] at the pace that we would like for you to move, so we're going to take you to court and ultimately take your property,’” he says.

“You're also picking and choosing certain areas and communities that you want to implement this practice. I don't think it's right.”

It’s one of many views Simpson has formed throughout his years dealing with residents’ issues. Before becoming Ombudsman, he worked in the office for almost a decade.

We sat down with Simpson to learn more about the role he and his team play in the city.

You have a staff of seven. Are you really addressing every complaint?

Yes. It’s not unreasonable to ask every individual to do 800-1,000 complaints for the year. The complaints are wide-ranging, so you get everything from the street light outage to a $50,000 water bill, which is not light weight. You have some things you can get resolved quickly and some things that take time. Sometimes it involves just getting someone more information.

How are complaints typically dealt with?

We ask that [the department in question] respond to every complaint in writing, and then the ombudsman can take that to citizens. And they respond because they're aware that we have subpoena power. And if you're not going to be transparent, you're not going to cooperate, that's not a good look for a city agency. This is a complaint. At the end of the day, we're all working towards the same goal, which is improving the quality of life for our citizens.

We had to have the health department come out to a home where the residents rerouted the plumbing so that their human waste was going to the side of the home.

We also got a complaint about an emu this week. (Update: There were multiple emus).

What’s the most common complaint?

Blight is number one. And blight comes in many shapes and forms: high grass and weeds, blighted structures.

How often do you find something potentially criminal and what happens then?

In most instances we're going to turn that information over to the Detroit Office of the Inspector General (another independent government oversight agency that investigates waste, fraud and corruption) and let them weigh in. And then in turn they're expected to turn it over to the prosecutor's office. I can’t [name cases where that’s happened], but I will say that you'd be surprised at how many times we've found things that we’ve had to share with them.

Detroit Mayor Mike Duggan has said that the Detroit Land Bank Authority will soon cede oversight of the demolition program, which will be placed under “city control.”  Technically, that means the city will control the contracting, procurement and payments, but the Detroit Building Authority will continue to oversee field management. You’ve recommended ending the DBA’s involvement. Why?

It’s disingenuous for them to say oversight will fall back to city. As long as you have an authority [governed by a board] still a part of the program — and, as far as I'm concerned, running it — there’s less consistency and less accountability.

That’s why I’ve recommended the city abolish its [demolition] agreement with the DBA. If they were sincere about the city having complete oversight they would have no problem with terminating the agreement. The DBA, before this administration, did not have control over demo, so why would it be a problem? The issue is the [Duggan administration] wants to keep total control over the program with some distance while having it under an authority. They know they came under some criticism for the way that things unfolded  thus far — we've seen a federal investigation, we've seen a lot of inappropriate conduct — so they’re always trying to lessen the blow.

When I spoke to the bike lanes [in my latest report], it wasn't necessarily a knock on the bike lanes themselves. We were speaking to the prioritization of our resources. Are we prioritizing the needs of the people when we decide to implement this major citywide initiative when we have an affordable housing issue; access to affordable, clean water as an issue; blight; crime — all these other issues we have? I'm sure that of all the people who are struggling with those things in their respective communities, none of them said, ‘I need a bike lane, fix that.’

Does the city have to act on your policy recommendations?

It's my job to identify gaps in policy or policies that are problematic, it’s not necessarily my job bring those things to fruition. However, it doesn't mean that I'm not going to push for those changes in policy.

Some things that we’ve pushed for include the [program to board up all of the city’s abandoned homes]. Before 2017 there was no board up program. We [issued a recommendation for it and] advocated for it at city council and spread the word about it by meeting with community groups.