MSU Clears Basketball Players of Gang-Rape Allegation; Ex-Student Who Accused Them Is 'Enraged' 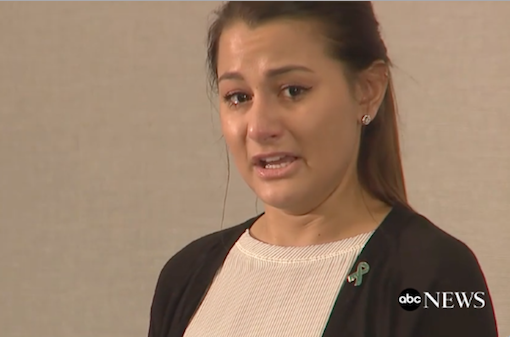 The woman, Bailey Kowalski, graduated from MSU in May, just weeks after she came forward publicly during a news conference. She alleged that in April 2015 she was drugged and gang-raped by three now-former Spartans basketball players. In April 2018, Kowalski filed a still-pending Title IX lawsuit against the university, which prompted the Title IX investigation. Kowalski never reported the alleged crime to police, saying in a previous interview with (ESPN's) Outside the Lines that she had been afraid of getting in trouble for having a fake ID at the bar where she had met the players that night.

School investigators questioned Kowalski's credibility because she possibly misidentified one of the players she said took part in the alleged assault on the night of April 11, 2015, at an apartment of one of the players.

Two of the players Kowalski named in her interview told investigators that they had consensual sex with her that night, according to Michigan State's report. However, the players said the third man Kowalski had identified was actually someone else. The third player she had named denied being at the apartment that night.

"I'm enraged because of the fact that they said they were there. It's not like my credibility is, like, 'Oh, she doesn't even know who did it.' Because two of them did say it was them." She said she also is upset that investigators said in the report they were unable to interview the third player identified by the other two. She said she plans to appeal the findings, and will file a report Friday [June 28] with the Lansing Township Police.