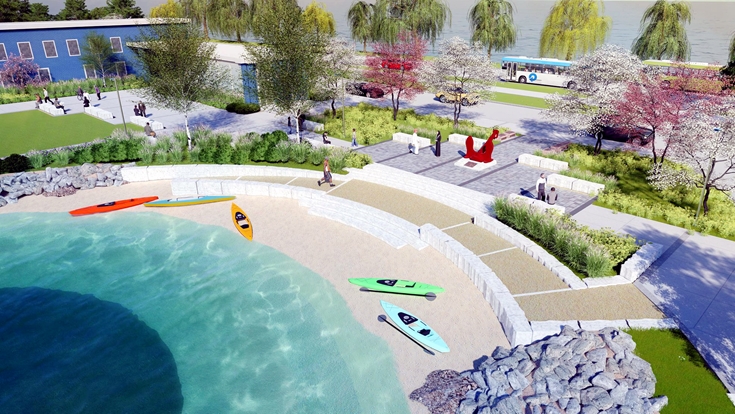 A rocky cove next to the museum will be cleared for kayakers. (Illustration: SmithGroup JJR)

A popular Detroit River attraction is about to spiff up its grounds and add reasons to visit.

"For the first time, the Detroit River will be accessible from the museum for recreational and educational opportunities," says the Detroit Historical Society, which runs the free island attraction. (Four more illustrations are below.)

Displays are open from 10 a.m.-4 p.m. each Wednesday through Sunday. Admission is free.

Overall, a four-stage plan is budgeted at $4.9 million over three years, though so far just under $2 million is raised.

The shipping museum, on Belle Isle's main strand since July 1960, has more than doubled attendance since 2014, according to the historical group. It was built with $125,000 from Detroit's Dossin family and a matching amount from the city's historical commission.

"While it underwent significant renovations in 2013 . . . this new project marks the first time that the museum's entire campus will be activated for historical interpretation and recreation," adds a media release from the nonprofit society. "This phase of outdoor construction is not expected to impact the museum's regular public hours." (Visitor information is here.)

The other three stages, if enough donations are raised, would add these amenities:

The society is seeking $3 million in gifts, it says. Below are architectural illustrations of the planned additions from SmithGroup, the project designer and a firm founded in Detroit in 1855. 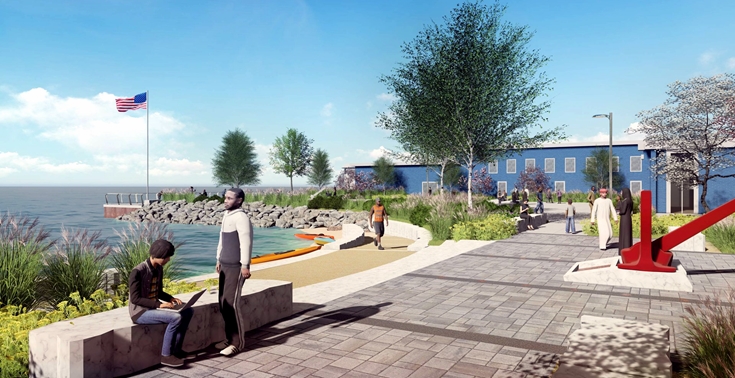 A waterfront walkway will include a mounted telescope for vessel-gazing. 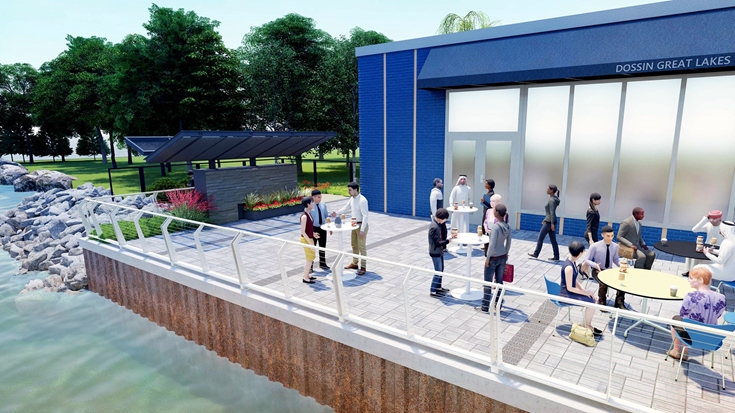 A deck will open for receptions, parties and other gatherings. 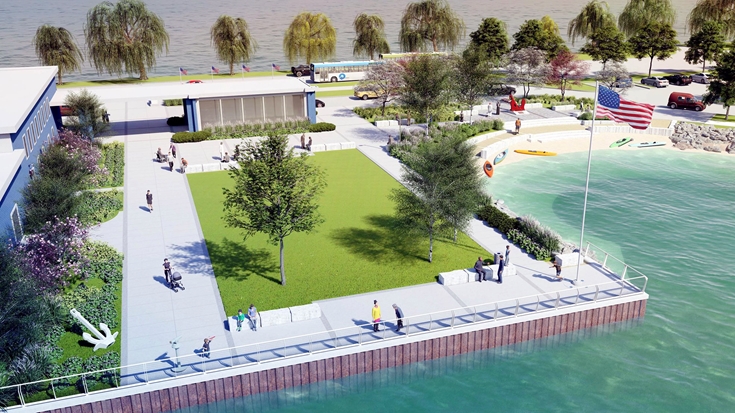 Bike racks and a new driveway are planned for a later stage of the three-year project. 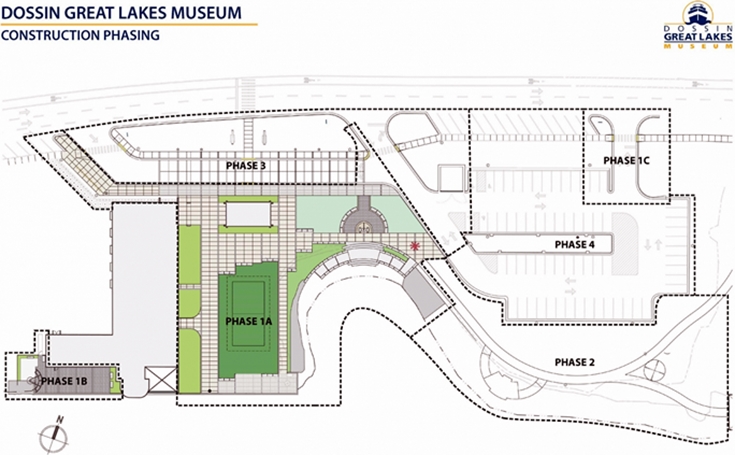