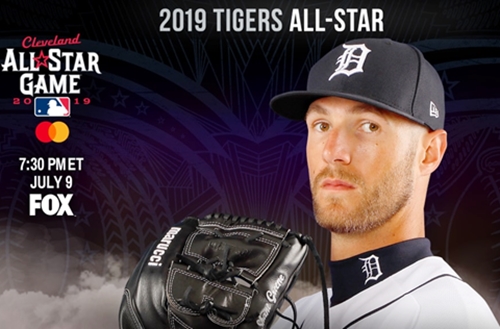 When you think of the very lowly Detroit Tigers, the All-Star Game doesn't come to mind.

Still, the team will send relief pitcher Shane Greene to the showcase in Cleveland next Tuesday, July 9.

Greene, 30, is having a great year, despite the Tigers' 27-52 record. He's tied for third in the American League with 22 saves this season, according to Anthony Fenech of the Detroit Free Press.  He has only blown one. In 31 appearances, he’s posted an 0.87 ERA and 0.839 WHIP.

“In the off-seasons, when I’m working out, I always joke, like, ‘Hey, what are you doing?’” Greene tells the paper. “’I’m prepping for the All-Star Game.’

"So, to be able to say that I’m an All-Star is definitely an accomplishment, personally, but I don’t play this game to just be an All-Star. I want to win a World Series, so that’s the goal here.”