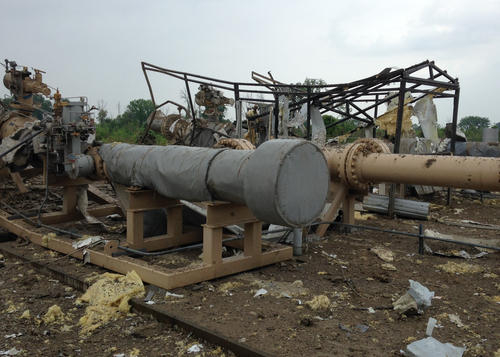 Damage from a 2014 explosion at a Bluewater natural-gas pipeline (Photo: Courtesy)

It’s not a minefield, but those who live in one pocket of Macomb County, amid a cluster of natural gas fields rocked by three major explosions and fires at nearby gas facilities, say living in that area is like waiting for the next bomb to go off. 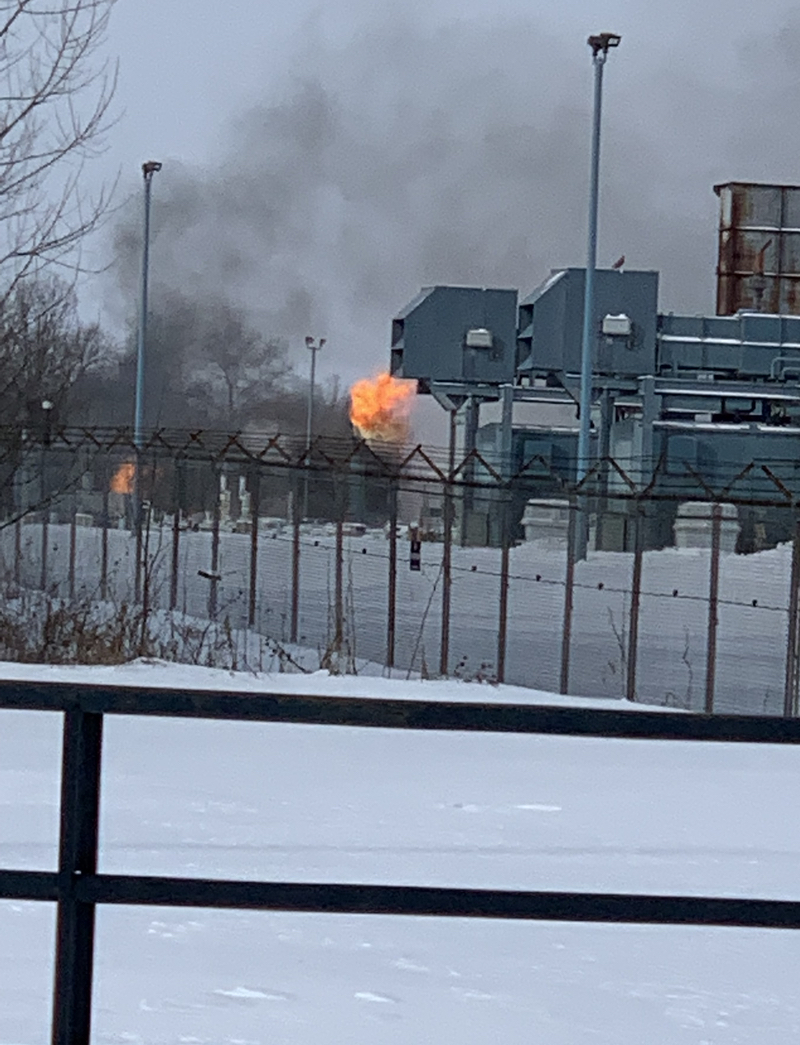 Fire burns at a Consumers Energy facility on a cold day in January. The emergency endangered gas supplies for the state during a subzero cold snap. (Photo: Courtesy)

Now, worried residents in that section of north Macomb are told to prepare for the addition of yet another gas compressor facility, scarring the horizon of their semi-rural neighborhoods. The new site is located in Ray Township, on Omo Road near 32 Mile Road, a short distance from the Consumers Energy compressor station that caught fire in January.

A group of Ray and Lenox township residents headed to Lansing Tuesday will address the Michigan Public Service Commission (MPSC), which oversees the state’s utilities, though they’ve already been told that the new gas plant planned by Bluewater Gas Storage will not be subject to MPSC scrutiny. Because the gas will be piped across state lines, to Wisconsin, the compressor station will only face regulation from the federal government.

“These people’s homes have been shaken by gas explosions three times in eight years. And now they’ll have two plants in their area just (1,000) feet apart,” said Frank Viviano, a spokesman for the group.

The first incident occurred in 2011 at a Bluewater site in nearby Columbus Township, just across the county line, in St. Clair County. The explosion reportedly was blamed on malfunctioning, corroded equipment at the gas storage facility. The plant manager suffered minor burns and the subsequent repairs cost $3.1 million, according to federal authorities.

The second was a much scarier ordeal. In 2014, a Bluewater booster station in Ray Township on 29 Mile Road west of Omo Road exploded, due to apparent mechanical failure. The blast destroyed buildings and piping, sending metal “shrapnel” flying through the air, according to those who witnessed the incident. Debris was scattered across farmers’ fields and residents said a horse was killed.

Bluewater responded by paying for damages to adjacent properties in exchange for nearby residents signing non-disclosure agreements that prevent them from talking about the incident.

The third event was one that rattled residents across the state. When a large fire erupted on a frigid January day at Consumers Energy’s compressor station, located on Omo Road just north of 32 Mile Road, it triggered a statewide alert asking people to lower their thermostats to 65 degrees.

Because the plant delivers a huge amount of gas to heat homes -- nearly two-thirds of Consumer’s volume -- state officials worried a domino effect could cause a widespread gas shortage while the facility was shut down. 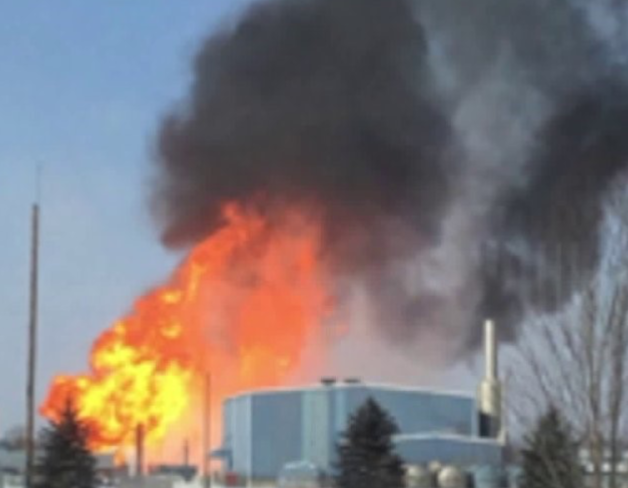 Consumers officials will be commenting on the fire investigation at this afternoon’s MPSC meeting, where an eagerly awaited report to Gov. Gretchen Whitmer will be discussed. Among the recommendations and criticisms, the report produced by MPSC staff says that the attempt by the state to communicate with the public via text messages about the fire was “confusing, inconsistent, and erratic.”

Officials at Bluewater, based in St. Clair County, could not be reached for comment about the past explosions at their facilities. The company has assured residents that the new plant planned for construction in 2020, a $40 million project, will be safe and not present risks to the area.

Residents want the MPSC’s help in pressuring Bluewater to add safety features to the site plan, including a tall berm surrounding the property with large trees planted on top of the mounds.

Leading the charge for the residents at today’s MPSC hearing will be a familiar face in Lansing – Valerie Brader, who served under former governor Rick Snyder as director of the state Agency for Energy. Now a consultant, Brader has already alerted the Federal Energy Regulatory Commission (FERC) about Bluewater’s track record of spectacular failures at their sites in and near Ray Township over the past decade.

FERC, which has the final say on approving the Bluewater plant – and possibly altering the design for environmental or safety reasons – has received a steady stream of correspondence from elected officials in Michigan over the past several weeks, ranging from Sen. Debbie Stabenow to local township supervisors.

Lenox Township Supervisor Ray Trombly wrote that Bluewater could have located the compressor station in a more remote area but chose Omo Road for economic reasons, next to a Bluewater pipeline, to supply cheap gas to the parent company,

Milwaukee-based Wisconsin Energy Company. The compressor will be built on the Lenox-Ray township border.

Pat Paholsky of Ray Township, who lives across the street from the Consumers plant and less than a quarter mile from the proposed Bluewater site, made her plea to FERC in a letter last month.

“There are people living here who are fearful, and rightfully so, for their and their family’s safety,” she wrote. “I have been living here since 1970 and my house, where my husband and I reared our three children, is my heart and my safe haven -- a haven now being threatened by a disaster waiting to happen.”