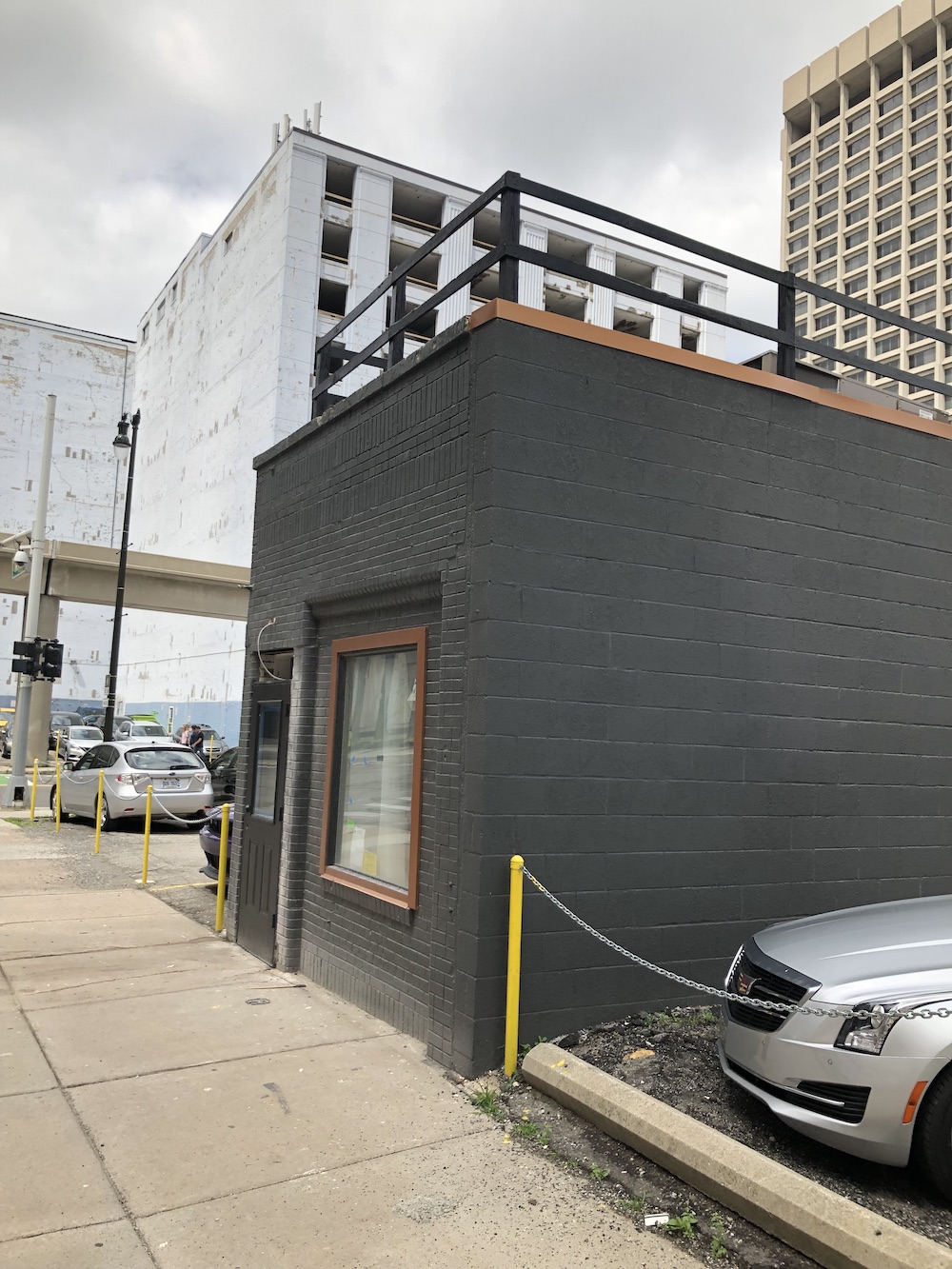 A gourmet street food restaurant called "Go Fries" plans to open Aug. 1 in a sliver of a little building on Lafayette Boulevard and Cass Avenue in downtown Detroit, across from the old Detroit Free Press building.

Laquail Ramos, a graduate of the University of Michigan-Dearborn culinary school, tells Deadline Detroit he got so many compliments from family about his cooking, he finally heeded their advice and decided to open a restaurant.

Besides serving a special hot dog and burger, the Central High School grad says he'll have a rotating menu weekly that includes different street food from around the U.S. and the world. He said, for instance, they may serve crab cakes from Maine or a certain style french fry from an Asian nation.

The food will be both fried and grilled, and the menu will include vegan options.

The long-vacant little building, that was once occupied by a soup and sandwich place, has been undergoing a major renovation.