Lapointe: Kudos to Justin Amash For Declaring Independence. Now, Should He Run Against Trump? 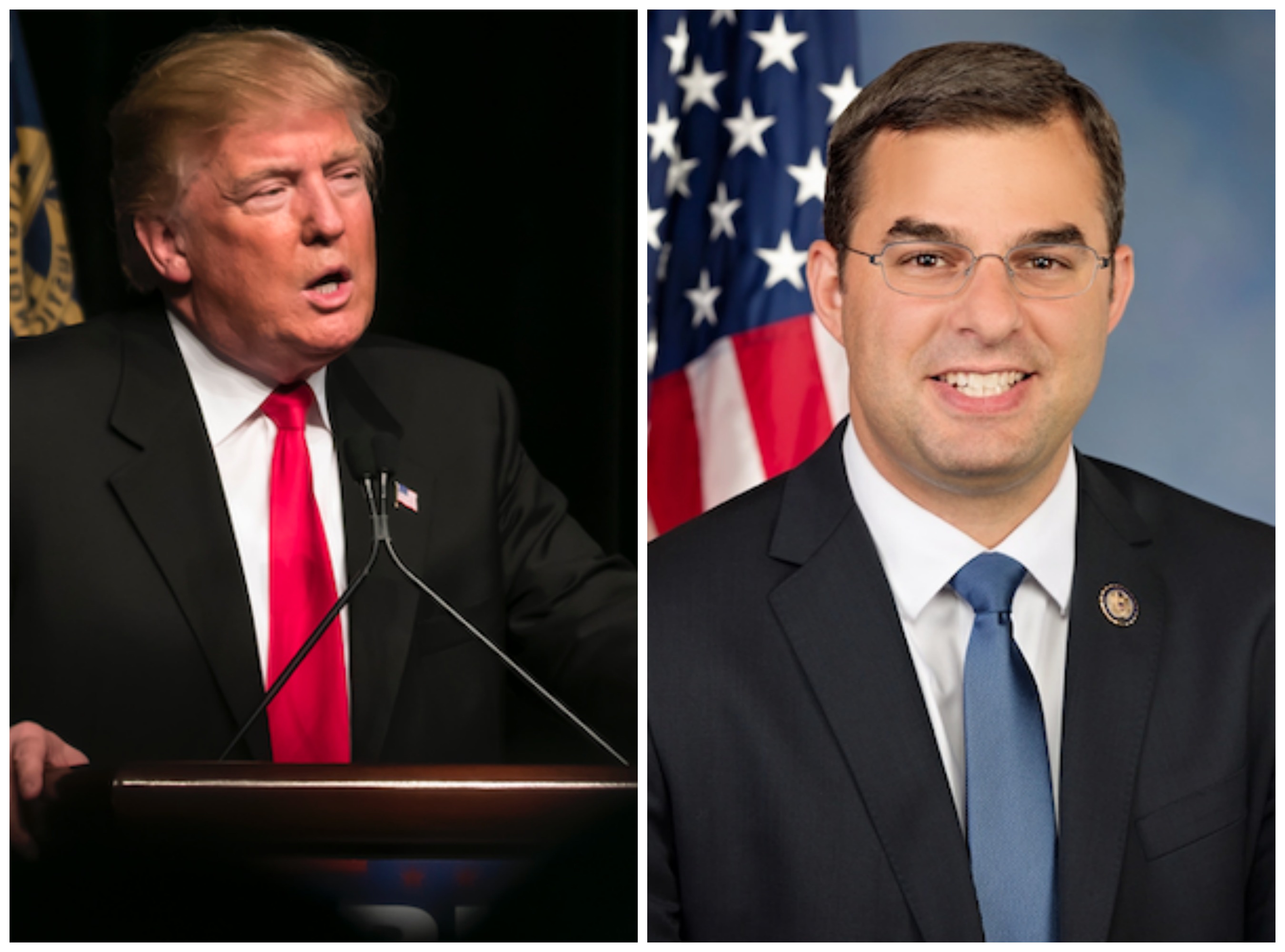 “One of the dumbest and most disloyal men in Congress,” President Trump tweeted Thursday.

On this holiday weekend, let’s launch just one more red-white-and-blue skyrocket to honor Justin Amash, an honorable and perhaps courageous conservative Congressman from the west side of the Michigan mitten.

On the Fourth of July, Amash declared his independence from a Republican Party that promotes cruelty to migrants and bigotry toward fellow citizens. It supports a demagogic President who poisoned our most patriotic holiday Thursday with a militaristic pageant to boost his dangerous and chaotic rule.

That President, Donald Trump, reacted quickly to how Amash fled the Trumpist cult of right-wing nationalism.

“One of the dumbest and most disloyal men in Congress,” Trump belched on Twitter. “A total loser!” In the recent past, Trump described Amash as a “total lightweight.”

In his knee-jerk reaction, Trump griped because Amash was not “loyal” to Trump. Instead, Amash was loyal to American values. He emphasized it by tweeting out the Declaration of Independence shortly after publishing his decision in the Washington Post.

“My parents, both immigrants, were Republicans,” Amash wrote in the Post. “. . . The two-party system has evolved into an existential threat to American principles and institutions . . . . . . If we continue to take America for granted, we will lose it.”

Amash pulled his punch by faulting “the two-party system.” No  Democratic administration locked kids in cages at the border.

In Amash’s Michigan, it isn’t the Democrats who have gerrymandered voting districts or sent to Trump’s cabinet the incompetent and destructive Michiganders Betsy DeVos, Tom Price and Ben Carson.

Compared to them, Amash improved the image of Michigan Republicans, when he was one. And his change of heart could herald progress in this state and the other 49.

Amash first came to Congress in 2011 as part of the Tea Party backlash against President Barack Obama. He helped found the “Freedom Caucus” of reactionary Republicans.

Most of these zealots still support Trump’s toxic policies that play upon fear and resentment and denial of proven facts. But Amash can no longer play along.

After reading the investigative report of special counsel Robert Mueller about Russian interference in Trump’s election, Amash became the first Republican to call for Trump’s impeachment.

Amash said he was appalled by “elements of obstruction” by Trump. And Amash accused Attorney General William Barr of misrepresenting Mueller’s findings to protect Trump.

“Barr has so far successfully used his position to sell the president’s false narrative to the American people,” Amash wrote last month.

When Republican House leader Kevin McCarthy of California dismissed Amash as merely trying to get attention, Amash said “I’m a principled, constitutional conservative . . . I read the Mueller report. I’m sure he (McCarthy) didn’t read it. He resorted to ad hominem attacks.”

Amash said Thursday he plans to run for his House seat in 2020 as an independent candidate in the Third District, around Grand Rapids, Gerald Ford’s old district.

“I did what I thought was right,” he said. “People need to stand up for what is right.”

Would Amash for President Hurt or Help Trump?

But might he try instead for a bigger prize that Ford, too, once held? If chosen by the Libertarian Party, Amash could run against Trump for president. In a recent interview with CNN, he said he would not rule out a third-party try.

“Is it possible for anyone to shake it up and make a difference?” Amash said. “I don’t know.”

And what effect might an Amash candidacy have on Trump’s bid for re-election against one of the nearly two-dozen Democrats currently in the race?

With the help of Russian propaganda on Facebook, Trump narrowly took Michigan in 2016 in an upset over Hillary Clinton.

But the 2018 state-wide elections and recent polls show Michigan moving left and blue even as undemocratic gerrymandering allows hicks from the sticks to hold hostage the Legislature in Lansing.

A lone-wolf conservative who usually tilts toward Republican red, Amash on a presidential ballot could appeal to right-wingers in Michigan and other states who would never vote for a Democrat but can no longer stomach Trump’s chronic rudeness, reflexive crudeness and obvious instability.

Or, conversely, disappointed Democrats in and out of Michigan who might not like their party’s candidate could choose, instead, to cast a symbolic vote for a maverick who is showing a peculiar and rare type of political fortitude.

Should this cost the Democrats the White House, Amash would then be remembered as another spoiler, like Ralph Nader.

But when Amash says his nation is in a “partisan death spiral,” perhaps we should take him seriously. He fears, he says, that the two-party system has evolved into “an existential threat to American principles and institutions.”

Trump loves to use words like “tough” and “strong.” He mocks foes like Amash as “weak” and “lightweight.” Wouldn’t it be fun to see Amash on a stage with Trump as third party in a debate? It might be a “tough” and “strong” conversation.

At the very least, by calling for Trump’s impeachment and leaving his party, Amash is willing to shed his seat for higher principle. He is showing a conscience. By current standards, that is a profile in courage.