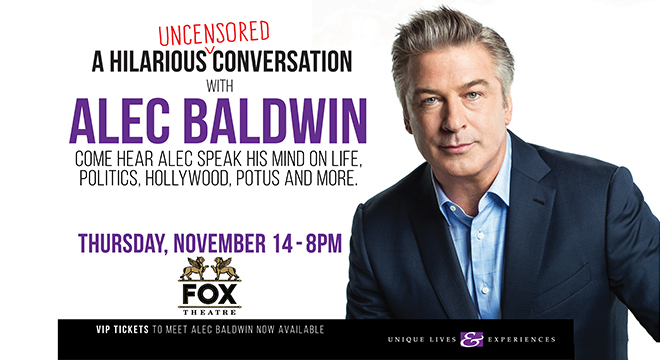 Few have managed to get the under skin of Donald Trump like actor and wiseguy Alec Baldwin, who frequently parodies President 45 on "Saturday Night Live."

Now, Baldwin is scheduled to appear at the Fox Theatre on Nov. 14, in what's billed as "hilarious uncensored conversation."

Baldwin has had leading roles in movies such as "Beetlejuice," "Working Girl," "Glengarry Glen Ross," "The Cooler" and "The Departed." He also starred in "30 Rock" on NBC..