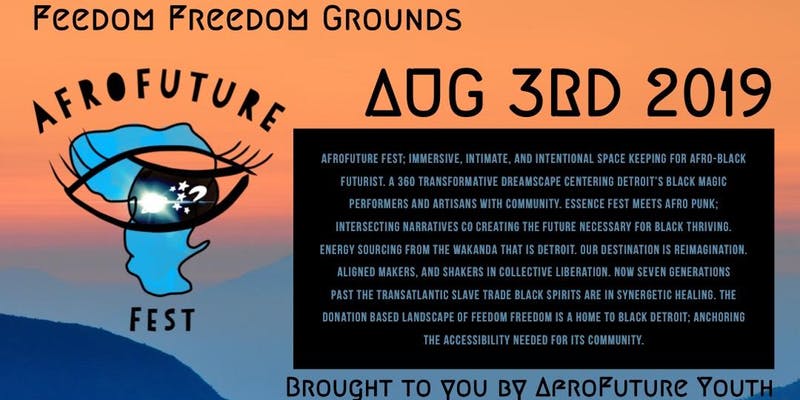 Last week, biracial local rapper Tiny Jag made headlines when she pulled out of AfroFuture Fest due to its race-based ticket price structure. Tickets for white people were $20, while tickets for black people were $10.

Organizers said the goal of this was to ensure "the most marginalized communities (people of color) are provided with an equitable chance at enjoying events in their own community" because "affording joy and pleasure is unfortunately still a privilege in our society for POC."

After backlash and threats from the public, the organizers of AfroFuture Fest switched things up.

“By Sunday, the festival changed its pricing to $20 general admission and "suggested donation" for "non-POC" attendees. The move came following pressure from Eventbite, with a spokesperson telling CNN that the company does not "permit events that require attendees to pay different prices based on their protected characteristics such as race or ethnicity." A civil rights lawyer also told The New York Times the different prices could be viewed as "discriminatory" and result in possible lawsuits. The festival organizers said in a tweet that they changed the prices after receiving threats.”

For the safety of our community, family, elders who received threats from white supremacists,& youth who were subjected to seeing racist comments on our IG pg,Afrofuture Fest has changed our ticketing model to $20 General Admission & suggested donation for nonPOC on @eventbrite pic.twitter.com/6wQXEjRKtt

"Events often designed for marginalized Black and Brown communities can be easily co-opted by those with cultural, monetary, and class privileges.” Afrofuture wrote on their Eventbrite page. "Non-POC individuals are encouraged to provide additional donations as acknowledgment of this historical inequity."