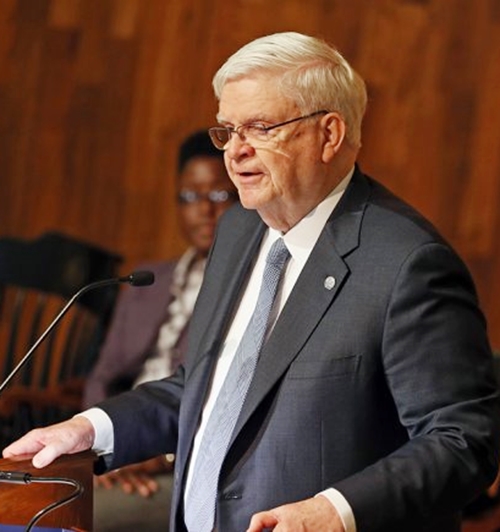 If you were a gay automotive executive in the 60’s with hopes to be the company’s CEO, would you come out, or stay in the closet?

Allan Gilmour, Ford Motor Company retiree and legend, did a  bit of both

In a recent profile in Forbes magazine, Gilmour, now 85, chronicles his personal and professional life as a gay executive who was in the closet until his retirement.

Growing up in a small Vermont town, born to a family of dairy farmers, Gilmour knew the farm life was not his calling. He attended a New England prep school where Jay Rockefeller was his roommate and from there, he went on to receive a B.A. from Harvard, as well as an M.B.A from the University of Michigan.

Then it was on to Ford.

By 1984, he was overseeing public relations and governmental matters as the vice president of external and personnel affairs, a role that would significantly boost his odds of getting into the C-suite. At the time, his highest aspiration was to become chief financial officer. He had the job within two years.

A driven and accomplished man with a career at Ford spanning four decades, most of Gilmour’s life had been dedicated to the company.

“While his peers got married and settled down, he immersed himself in his work,” reporter Ruth Umoh writes. When asked about his romantic affairs, he said, “My go-to response was that I was married to Ford.”

The company battled with retaining its success as foreign automakers began encroaching on Ford’s territory. This required Gilmour to put in long hours to ensure Ford’s stability.

He didn’t mind, as it allowed him to avoid the reality he’d been struggling with -- his sexuality. It wasn’t until he was in his early forties did he begin to understand his true identity as a gay man.

He operated in clandestine ways, setting up P.O. boxes where he could receive LGBT publications in secret, and traveling to cities like New York and Los Angeles to observe gay culture and people.

In 1976 he came out to a few close acquaintances. Rumors began to spread around Ford about his sexuality.

Having held leadership positions within the company, Gilmour believed he was primed for the role of Ford’s chief executive. Gilmour ended up not being selected for the CEO position, and believes his being gay played a role in that decision.

After being passed over, he retired in 1995. He had met his current partner, Eric Jirgens, just a year before, and began to build a life with him, leading to Gilmour coming out in a way he didn’t really anticipate.

Jirgens had long been openly gay, but Gilmour didn’t reach that point until 1996, when he agreed to do an interview with a small Detroit-based LGBT publication and inadvertently outed himself. “Eric and I knew the two women who ran the paper, and we still do,” he says. “They were good people, and so when they said they’d like to write something, we said, ‘Sure. Why not?’” He thought the interview would get little notice, but it was reported on by the Detroit Free Press, the Associated Press, and numerous radio and TV stations.

In 2002, after being publicly outed, Ford called and asked if he’d return to serve as CFO and vice chairman while the company was restructuring, serving as one of the few openly gay executives at a major corporation.

He stayed until 2005, when he retired again.

Gilmour married Jirgens in 2015, at a small ceremony. They live in Birmingham and run a philanthropic foundation that serves LGBT-focused nonprofits.