Awash in Detroit's Jefferson-Chalmers Area: 'I've never felt so helpless and let down' 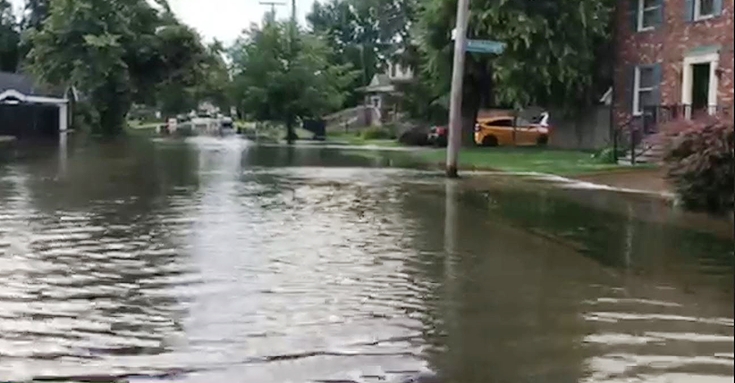 Newscast videos and social media photos of water-covered streets in lower east-side Detroit neighborhoods are dramatic, but it's even more poignant to hear from a resident angry at "my own local government." 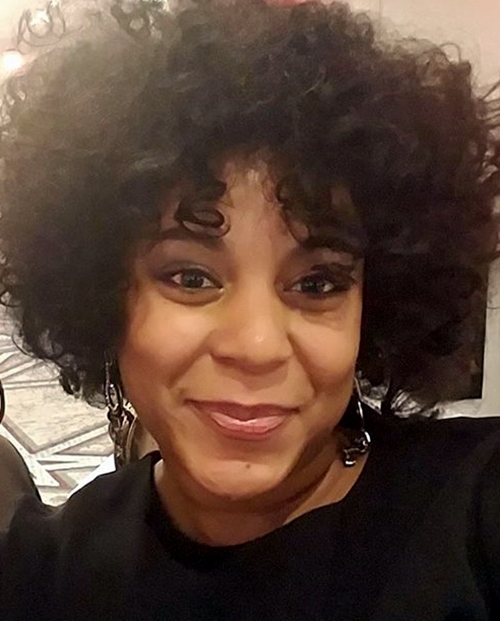 Blake Grannum: "I will sit on the top of my house and float away." (Photo: Facebook)

Kate Abbey-Lambertz, editor of Detour Detroit's biweekly newsletter, speaks in the latest issue with 35-year-old homeowner Blake Grannum. She lives in her childhood home on a Scripps Street canal between Chalmers and Marlborough streets, and tells the online journalist about the past two weeks there:

“I've never felt so helpless and let down by my own local government,” she said, quoting an email she sent to dozens of local leaders.

Grannum said she spent the last two weeks trying to get help with little response. . . . Water levels haven’t gone down since at least June 28 — but it hasn’t yet made a difference.

Her house, built in 1939, backs up to the canal, where the water has risen close to the top of her seawall. Water has breached some of her neighbors' seawalls, with potentially weeks to go before water levels recede for the season.

Grannum has placed about 300 sandbags along the seawall and around her house to divert water, and she and a neighbor frequently rake debris and branches from the street drain.

But the flooding has filled her basement with waist-high, rancid-smelling water, leaving her and her mother with no washer or dryer, no hot water and health concerns about mold spores growing. . . .

Without getting real answers from the city and no end to the flooding in sight, Grannum can't help but feel like her neighborhood — which she described as a rare place where lower-income black and brown families own waterfront property — has been abandoned. "Everybody feels that way on the block. 'Y'all are doing this on purpose. You're not trying to help us,'" she said. . . .

"My dad worked way too hard to get that house and keep that house to give it up," she said. "I will sit on the top of my house and float away before I sell it or give up the land." 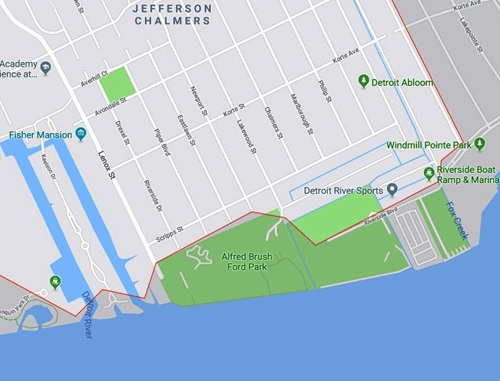 Scripps Street runs 10 blocks near the bottom, above the park and a canal shown in blue.
(Map: Google)

The city says it "is stepping up its efforts to stop river and canal water from flooding homes and streets in major areas of the Jefferson Chalmers neighborhood." A statement posted Wednesday ackowledges: "Street and home flooding is still a major problem in some areas."

Crews will be "placing thousands more sandbags in areas identified through a survey as being low spots along the seawall and banks," adds the advisory from the mayor's office. "Rather than simply offering sandbags to property owners for them to place, the city will use its employees and contracted workers to place the bags." 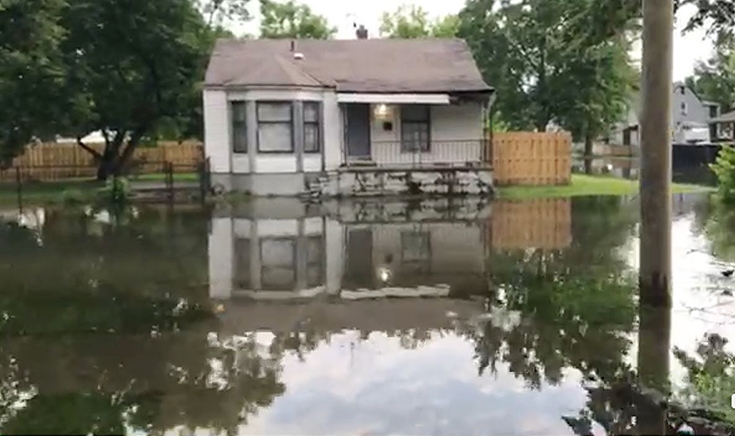 This one-story home sits like an island without a shore. 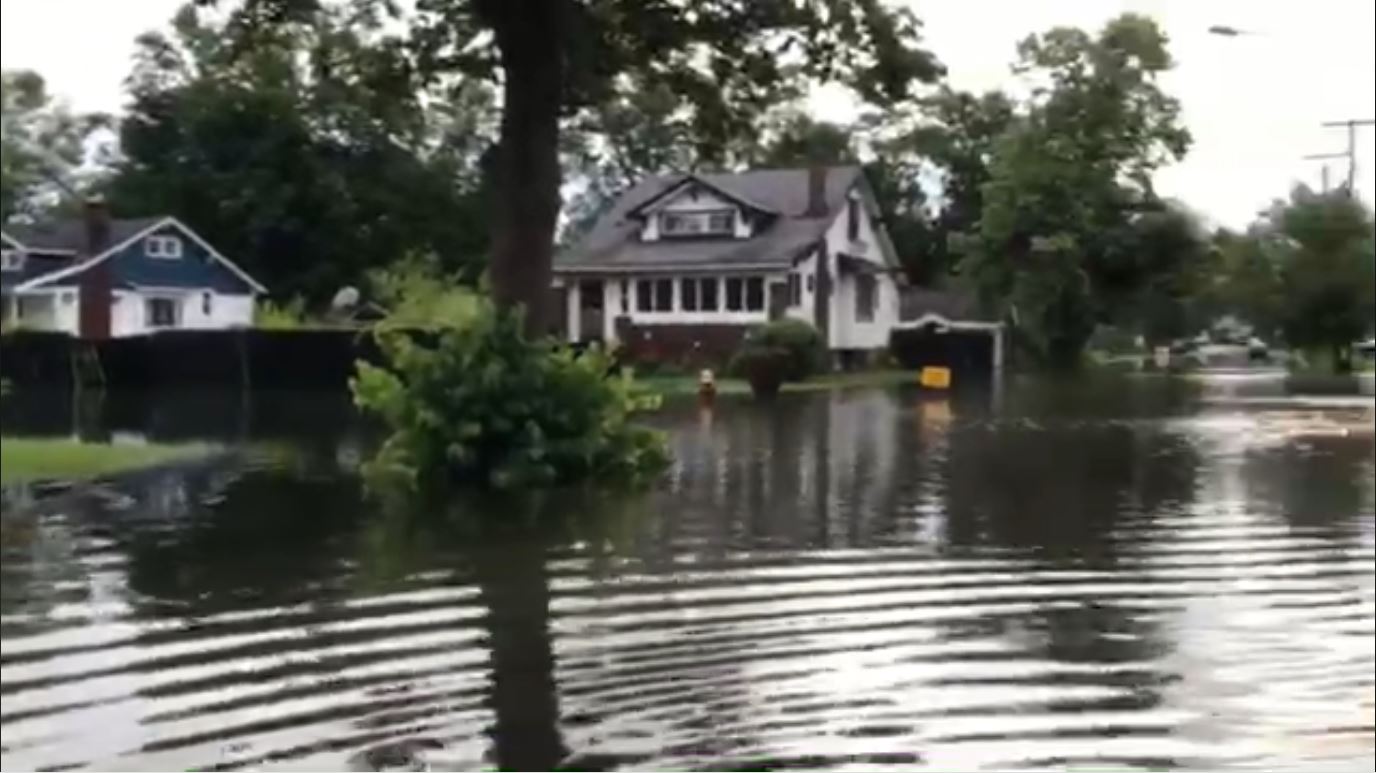 Marlborough Street was passable only by kayak, padleboard, canoe or raft.