Kiki Louya and Max Hardy of Detroit earn recognition Tuesday by ranking among "black chefs across the country who are considered new leaders in the food world, making their voices heard in new ways." 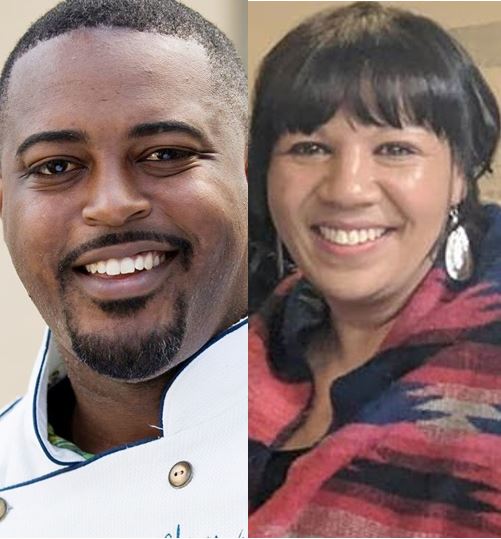 The New York Times salutes them and 14 other innovators between 25 and 45 years old for "Changing Food in America," as the headline says in part.

These chefs have crushed the notion that the food they cook must be rooted in the American South.

At the same time, they have pushed their way past the Eurocentric traditions that many absorbed in culinary school. They are reflecting Africa and its diaspora in their kitchens. . . .

The spotlight, many say, is long overdue. Black cooks have historically seen their foods and techniques co-opted, getting little credit for their influence on America’s culinary traditions. . . .

This new vanguard is working to make sure that its ascent is more than a passing moment. . . . The key to maintaining the current momentum, the chefs say, is working to address lingering barriers and stereotypes. Restaurant investors and the food media remain largely white, and those two sectors have significant influence over the fate of chefs and restaurants.

Hardy, a native Detroiter whose first name is Maxcel, came back in 2017 after two decades in Miami and New York. He serves Caribbean fusion dishes at River Bistro, a restaurant at 18456 Grand River Ave. in North Rosedale Park, and COOP, a stand at Detroit Shipping Company, 474 Peterboro St. 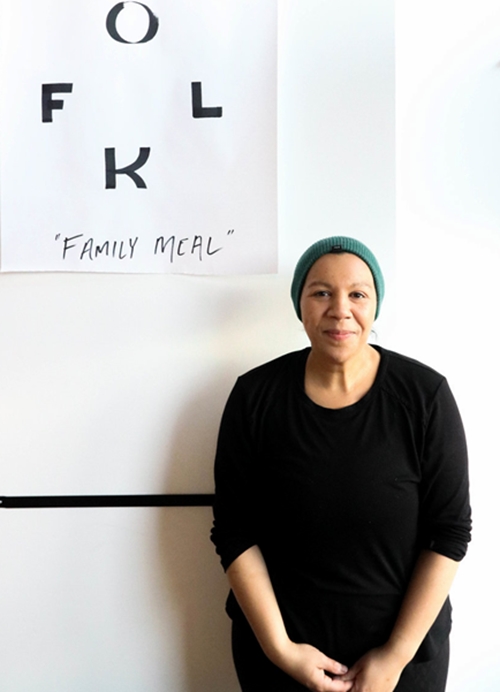 The co-owner at her Corktown café. (Photo: Folk)

Louya, a Detroit native of Congolese descent, is a co-founder of Folk, "an artisanal café" at 1701 Trumbull in Corktown. The University of Michigan graduate, who went on to Le Cordon Bleu College in Chicago, earlier co-owned The Farmer's Hand in the same space.

Here's part of what they tell John Eligon and Julia Moskin of The Times for mini-profile blurbs:

Shaped by growing up in, leaving, and moving back to Detroit. . . . [and by] the role food plays in building, educating and nourishing communities. Social justice, local agriculture and food justice are priorities.

"We want to be your neighborhood bodega, but we also have this weird educational component, so we do a lot of explaining. We are sourcing your food from local farms and purveyors, but we can still feed a family of four for $10.

"We pay a living wage, not just a tipped minimum wage. We have a hospitality charge, because this is what it actually costs to put the food on your plate.” 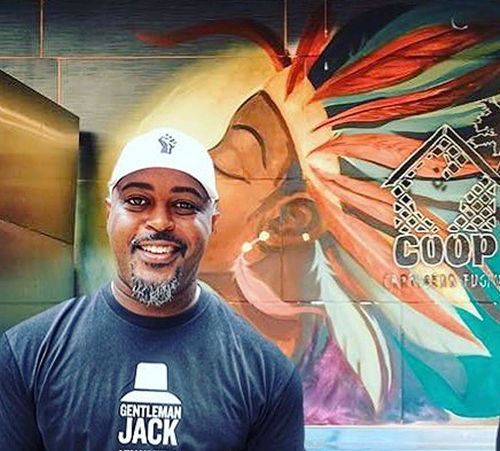 The chef at his Detroit Shipping Company counter in Midtown. (Photo: Instagram)

Shaped by his childhood in a historically black neighborhood in Detroit, his mother's Bahamian roots and his own teenage years in Miami.

"I came back to see what was going on and sold out a whole weekend of pop-up dinners. Growing up in Detroit, you didn’t see chefs and restaurants elevated like that. It was Motor City, not Food City.

Now I can . . . have my restaurant and I can teach kids in the community. There are so many more ways to strive for greatness as a chef."