When the Topic is a Taco Bell in Downtown Detroit, Tweets Get Hot, Crisp and Spicy

Ah, Twitter -- you're unmated when it comes to petty flare-ups.

Where else would a possible Taco Bell in downtown Detroit spark two days of skirmishes and sarcasm? Detroit sensitivities being what they are, some of the back-and-forth is as hot, crisp and spicy as a . . . yup, that menu item. 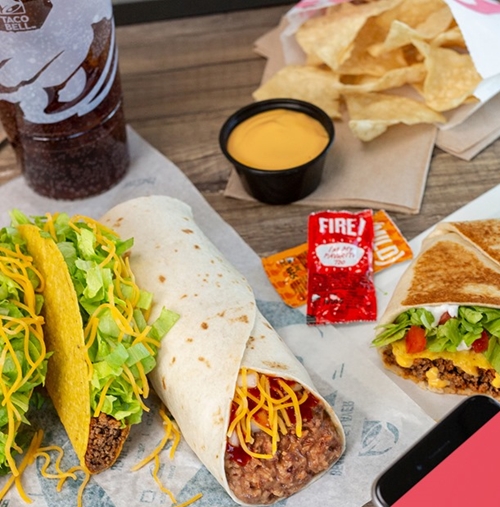 It began with a short Crain's Detroit Business column item. "I'm hearing from a source familiar with the matter that the fast food restaurant is looking for a downtown location near Campus Martius for a cantina restaurant concept," real estate reporter Kirk Pinho drops near the end of a "Real Estate Insider" roundup. "Stay tuned."

Twelve minutes after he tweeted a link Tuesday afternoon, a wiseguy with a crude screen name posted: "Heyyyy, @tacobell. Why don’t you have a Detroit location? Why don’t you care about us?"

The myth of a Taco Bell desert in Detroit predates this latest social media round, as this tweet last Sunday from WXYZ's digital executive producer shows:

You know what's insane to me? The fact that there's no Taco Bell in Detroit. The closest Taco Bell near me is in Windsor...

Pinho tried to set the record straight in his six-sentence brief by mentioning the WSU spot and another pair of franchises at at 14000 Livernois Ave. near Oakman Boulevard and 15624 W. McNichols Rd. near Greenfield Road. (A Twitter wag named Ryan says the Six Mile shop "used to get robbed so often you had to order from a demilitarized zone of extra glass.")

Things got saucier Wednesday after a Detroit writer and sometimes-provocatuer tweeted this chain-yank:

Fourteen minutes later, the smart aleck who had asked "Why don't you have a Detroit location" took the cue and feigned concern about being "cyber bullied for being a stoner who has to drive to Hazel Park for Taco Bell."

Foley, a City of Detroit online editor who heads to California in September for a 10-month journalism fellowship, can't let that and other comments slide:

Don't know who needs to hear this but if you regularly drive to Ferndale, Dearborn or any other suburb but driving to another part of Detroit is "too far for you," well then you might be telling on yourself

The conversation stayed active, as though he had turned on a warming oven. Doesn't take much when Taco Bell is on the table, evidently:

We'll give the last words to Brian Ambrozy (@primesuspect), an online community manager who also thinks the discussion is too narrow: "Ok great, but clue me in to where there's an Arby's in the city."