Study shows gentrification is one problem Detroit doesn't have

Gentrification? It's barely happening in Detroit, and even so, it's a net good for a city still plagued by generational poverty, a new study says. 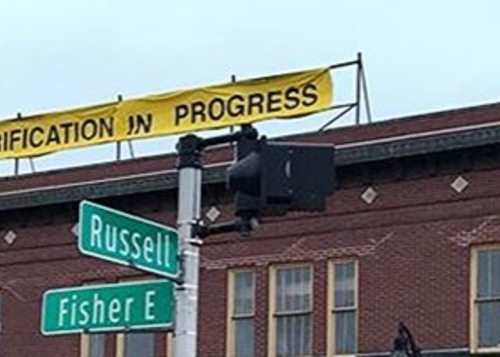 John Gallagher at the Freep reports on a new study by economists at the Federal Reserve Bank of Philadelphia. They found "more positives than negatives" in the changes that have swept downtown, Midtown and many of their adjacent neighborhoods:

In a finding that many Detroiters may find surprising, the authors say that Detroit has hardly gentrified at all so far. Of the 1,000 census tracts around the country that have gentrified the most, only two are in Detroit, both in the Midtown area, as measured by the influx of college-educated adults. That’s less than 1% of the potential census tracts in Detroit.

“It’s not saying that change isn’t happening in more than two places in Detroit,” (author Davin) Reed said in a phone interview. “It’s saying it’s not happening at the same scale that it’s occurring in D.C. or Portland or Seattle. Certainly, people can be concerned about what’s changing Detroit but it’s just not at the same scale as it’s happening elsewhere.”

Gallagher refers to an earlier study that showed much the same thing.