University of Michigan senior Kathy Zhu lashes back after being kicked out of a Miss World America pageant because her "social media accounts contain offensive, insensitive and inappropriate content," as the state director puts it.

The politically active 20-year-old, vice chair of the College Republicans chapter at UM, responded 26 minutes after that Thursday night notification from Laurie DeJack of Brighton. She tweets an email that says, in part:

"Miss World America's State/National/Chief Director accused me of being racist, Islamaphobic and insensitive.

"They stripped me of my Miss Michigan title due to my refusal to try on a hijab in 2018, my tweet about black on black gun violence and 'insensitive' statistical tweets."

Zhu also says DeJack and national pageant officials are not being "supportive of someone that is trying to make a difference by talking about subjects that no one dares to say." 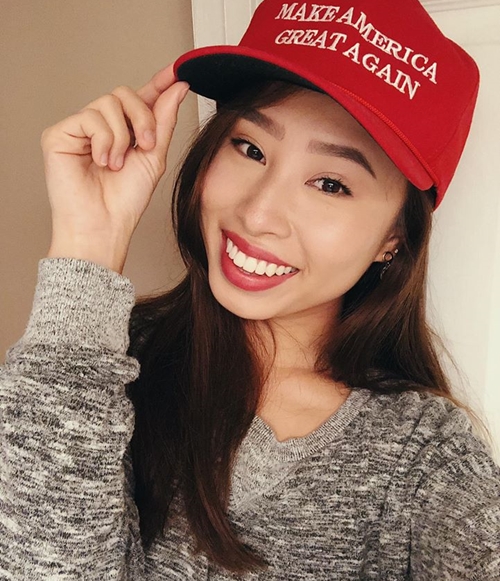 She speaks with Kim Kozlowski of The Detroit News, who quotes two tweets that provoked the reversal days after Zhu was announced this week as a 2019 contestant for an October pageant in Las Vegas.

"I'm more than happy a light got shined on it,” Zhu said in a Friday interview with The Detroit News. “For me, it wasn’t a big deal I got stripped of the title, it was more of how unfair it was for the whole process to have taken place. I don't want this to happen to anyone else." . . .

Zhu transferred to UM in December from the University of Central Florida, where she drew national attention in 2018 for criticizing a Muslim Student Association event that invited students to try on a hijab, a head covering worn in public by some Muslim women.

"So you're telling me that it's now just a fashion accessory and not a religious thing?" Zhu tweeted. "Or are you just trying to get women used to being oppressed under Islam?" . . .

In a text exchange posted online, a beauty pageant organizer also raised concerns with an October 2017 tweet by Zhu, who wrote: "Did you know the majority of black deaths are caused by other blacks? Fix problems within your own community first before blaming others."

In one of her public responses on Twitter -- where she posts as @PoliticalKathy -- the Ann Arbor student tells three pageant representatives:

"You have no dignity to do what is right. . . . I am sure you will find a 'woman' who is cookie cutter perfect and says brainless comments like, 'I love world peace.'"

The Detroit Free Press describes the student as "a well-known political commentator and online figure, amassing approximately 80,000 followers in her Instagram and Twitter accounts combined." 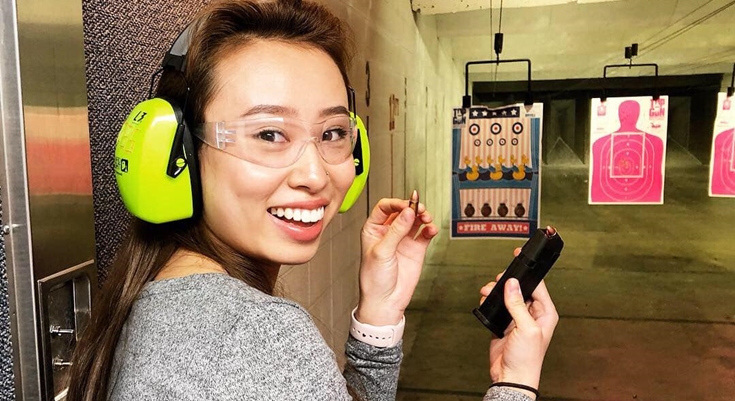