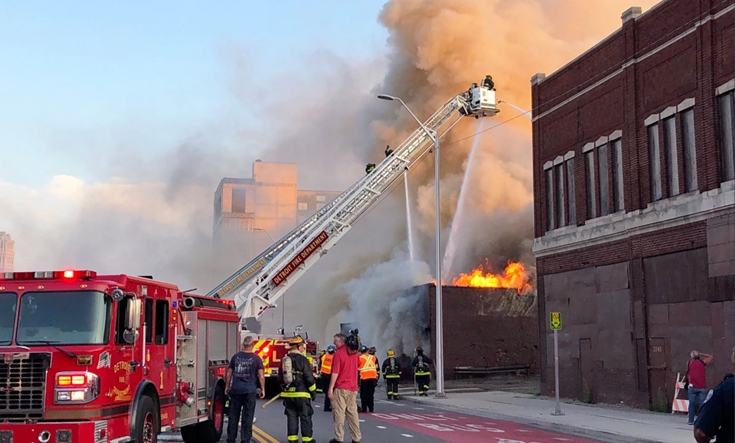 Steve Neavling of Motor City Muckraker tweeted this shot of flames breaking through the roof at 3129 Cass Ave.

The Gold Dollar, a seedy Cass Corridor club that nurtured the White Stripes, Bantam Rooster and other bands from the early 2000-era Detroit garage revival, is destroyed by a Monday night fire.

The former drag queen bar between Peterboro and Charlotte streets, near Little Caesars Arena, operated as the Gold Dollar from 1996-2001. It became part of the Ilitch group holdings in 2015. 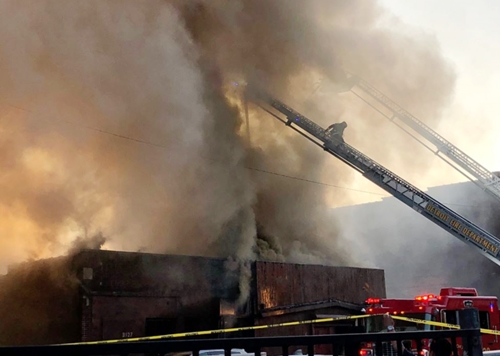 "Authorities said they were working to determine what sparked the fire at the building, where power and gas had long been shut off," The Detroit News says.

About 40 firefighters battled the blaze . . . at the former bar, as well as at the adjoining building at 3127 Cass. The fire was reported about 8:30 p.m. and contained by 10 p.m., authorities on the scene said.

Acrid gray smoke billowed into the street and over buildings, and could be seen and smelled for blocks.

A deputy fire commissioner, Dave Fornell, told Randy Wimbley of Fox 2 News at the site: "When you get a vacant building, there's nothing around, it's like, yes, pretty much [suspicious]." 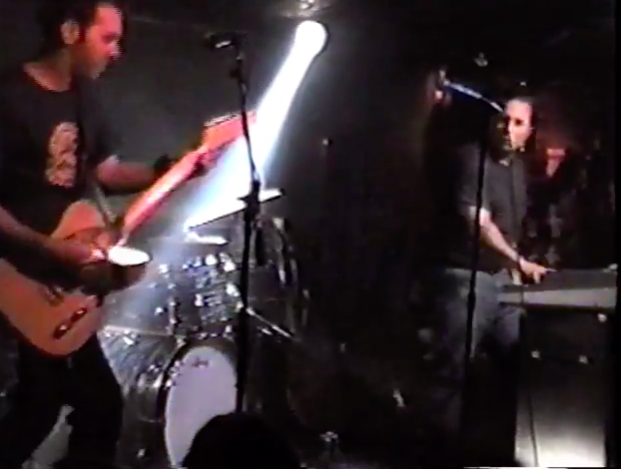 The club was ground zero for a number of bands that put Detroit music on the map again. The Go, the White Stripes, the Detroit Cobras and others played there often.

An oral history of the bar appeared in "Detroit Rock City," a book by Steve Miller.

An entity tied to the Ilitch organization bought it four years ago as part of a $2.2-million deal that included another nearby building and empty lots on the 3100 block of Cass, Louis Aguilar reported earlier in The News.

Firefighters told me the fire is “extremely suspicious” since it was vacant and had no electricity. pic.twitter.com/jumk6yCMtv