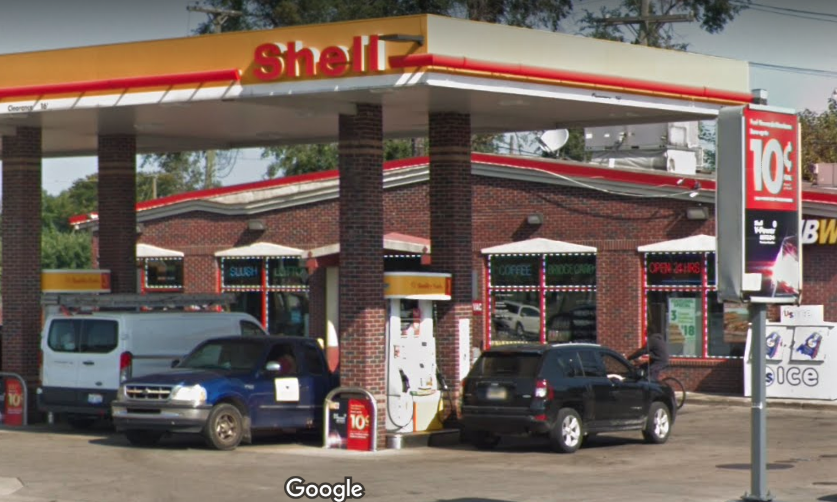 But instead he hit an innocent 22-year-old man, who is recovering from his wounds, reports James Dickson of The Detroit News.

The incident happened  around 10:35 p.m. at the Shell station at 17720 West Warren Ave., alongside the Southfield Freeway near the Warrendale neighborhood.

Police say the victim was leaving the station just as another man, suspected of stealing several bags, of potato chips was taking off.

The 27-year-old male clerk followed the suspected thief and fired a shot through the store's front glass door, the News reports. The shot hit the uninvolved man in the chest.

Police detained the store clerk, and arrested the chip thief, the paper says