LeDuff: Southern border problems? Hey, Democrats, the northern one has its own 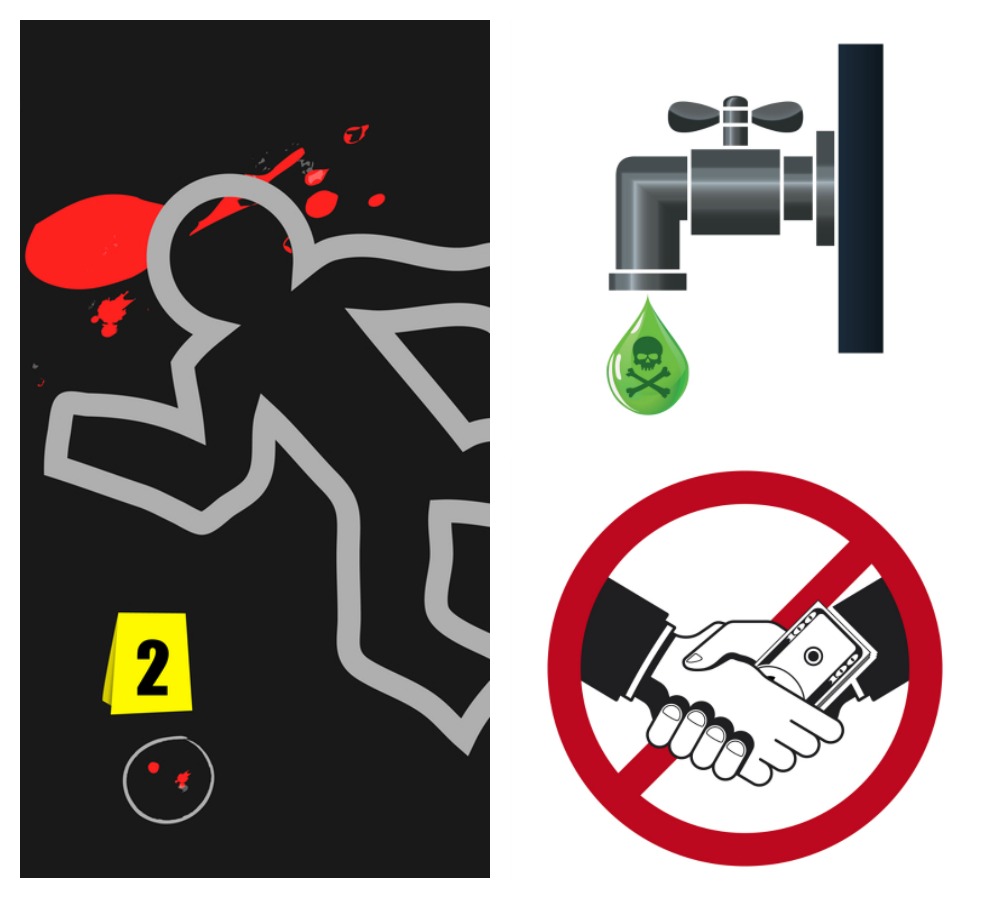 Welcome to America's other border. The northern one. Michigan. The state you must absolutely win if you wish to retake the White House.

If you look closely, you will see we too are slipping into Third World anarchy, punctuated by corruption, incompetence, violence and substandard infrastructure.

Consider: it was hot last week and the wind blew. That's it. There was no hurricane, no tornadoes, and yet 820,000 customers lost power, which comes out to 20 percent of the state's population if you figure in 2.55 people per household.

Last winter, on the coldest day of the year, a natural gas station caught fire. We were told to turn our heat down. The grid here seems little better than Tijuana's.

Our utility rates continue to rise, yet no one holds the non-public utilities to task.

No politician seems to speak for us, no hearings are held, no laws are passed.

It's little better with the roads and the water. Michiganders pay some of the highest gas taxes in the country and yet have the worst roads in the country.

Remember Flint? Citizens in Vehicle City pay some of the highest water rates in the country, and definitely got some of the worst water. Nobody has gone to prison for the lead poisoning debacle, dear visitors. In fact, all charges have been dropped against those who were previously charged, while the new Attorney General struggles to get her act together.

The detention facilities along the southern border where the government warehouses adults and children who have entered the country illegally are abysmal. We know about that. And we're appalled.

But up here on the northern border, the Wayne County Jail is a health and human rights disaster, riddled with black mold, roaches, foul water and a perpetual lack of toilet paper and toothpaste for inmates (most of whom are presumed innocent). What about them? They're actual U.S. citizens.

Migrants are flooding the southern border, looking for a better life and opportunity for their children. Nobody hates them for that. But what of our children on the northern border? We're taking money from school districts to pay for a billionaire's hockey arena. But Michigan schoolchildren are failing, regardless of race, socio-economic status or geographic location. We're failing across the board, with some of the worst schools in America. But, hey! Lottery sales have never been better!

Violence on the southern border, you say? It's awful. And yet we have so much violence in our cities up here, it's a wonder Detroit refugees aren't streaming for the Canadian border. A half-dozen children were shot in the Motor City in one recent week, and 149 people were shot over the first month of summer. That's twice the rate of Chicago, and 50 percent higher than last year. So bad is it, the chief formed his own secret surveillance program, much to the outrage of the citizens. It's best to take up the question of civil liberties in Washington D.C., experts agree.

The chief blames the violence on the hot weather and a lack of anger management skills. The truth is, we can't afford adequate police coverage. The police have taken pay and benefits cuts over the past decade, as Detroit went bankrupt. So have Detroit firefighters, medics and autoworkers.

Executives talk about budget surpluses and record profits, but working people and besieged citizens see little to none of it. And they're unhappy, quite naturally.

The average household in Michigan was earning less in 2017 than it was in 2013, despite the fact that more people are working. Then again, a smaller percentage of adults in Michigan are working now than in 2010, at the height of the great recession.

The southern border is a swamp of kleptomania? So, too, is the northern border. The UAW leadership has been rocked by corruption. Union brass was caught taking gifts from Fiat Chrysler execs in exchange for sandbagging it at the negotiating table. Now, as contract negotiations open with the Big Three, there's an internal war among working people and their representatives at the UAW.

On the political front, we're our own little Banana Republic. The city of Detroit and Macomb County (hello Trump Democrats!) are hamstrung by federal corruption investigations ranging from the federal demolition program, to officials taking kickbacks and bribes. Detroit City Hall is a bunker of excuses and denials.

So, if you want to win Michigan, tell us something real, offer us something tangible. Give us a hug, but keep an eye on your wallets.