Candidates are coming to Detroit, but Macomb is more important

"Working-class, mostly white and the third-largest county in Michigan, Macomb County has been and remains a political enigma," Todd Spangler writes in the Free Press today, a curtain-raiser on next week's Democratic presidential debate. And if the 20 Dems onstage want to win Michigan, they better figure it out: 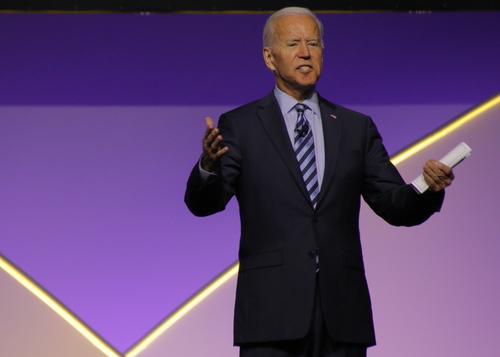 Stretching from mostly Democratic enclaves along 8 Mile in Warren and Eastpointe to overwhelmingly Republican rural townships to the north, it is also hugely predictive, having picked the statewide winner for governor or president in the last seven elections and in all but three of the last 20.

Macomb has long fascinated political scientists. Stanley Greenberg was first to identify Macomb as ground zero for the so-called Reagan Democrats, working-class voters who defected from their party loyalty to vote for former President Reagan in 1980. (We now call them simply "Republicans.") Greenberg has continued to study Macomb, and returns to it regularly as a bellwether for that voting block.

And lots of people have an opinion on why Macomb is different:

"It's a lot less partisan in Macomb County," said Democratic political consultant Joe DiSano, who grew up in Chesterfield Township. "It's rarely about issues. It's usually about personalities. They tend to respond to folks who are a little more vibrant, a little more outspoken."

"If you're a good candidate, they're going to vote for you. If you're not, they're not."