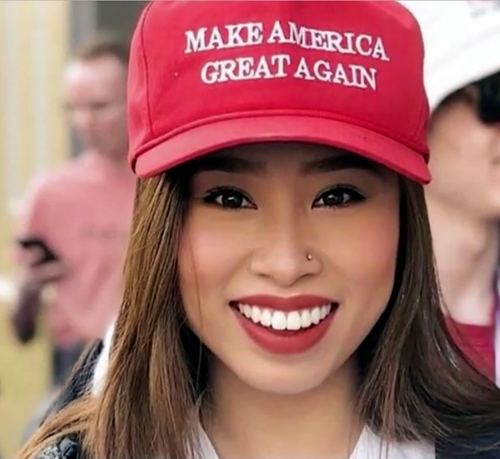 Zhu, a 20-year-old political science senior at the University of Michigan, will be part of a Women for Trump Coalition Advisory Board, created two weeks ago by presidential daughter-in-law Lara Trump (spouse of Eric). Members are supporters with no formal campaign roles.

Zhu is the vice chair of the Young Republicans chapter on campus.

The announcement is tweeted:

Team Trump welcomes Kathy Zhu to the Official #WomenforTrump Coalition Advisory Board! @PoliticalKathy is a patriot who has continued to stand for American values despite being stripped of her crown.

Thank you for your support of President @realdonaldtrump!

Last week, Zhu said being openly conservative is “harder than coming out as, honestly, gay."

Could the next stop be a hosting spot on "Fox & Friends?"

This story was first reported by the Associated Press.