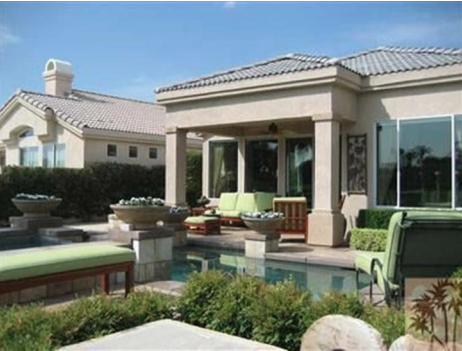 Ex-UAW Vice President Norwood Jewell, who pleaded guilty in April to violating national labor laws by taking money from Fiat Chrysler executives, chose the life of "a big shot and fat cat" over the interests of his union members, prosecutors wrote in a sentencing memorandum filed in U.S. District Court in Detroit.

Federal authories say Jewell accepted more than $40,000 in funds from FCA executives for lavish meals, liquor and entertainment, including use of luxurious villas. U.S. District Judge Paul Borman sentences him next Monday.

"Through his actions, Jewell undermined and betrayed the confidence and trust the UAW’s members had placed in him to serve as their sworn representative in negotiations with Fiat Chrysler," Assistant U.S. Attorney David Gardey wrote.

"If that alone were not bad enough, Jewell’s actions also eroded public confidence in our country’s collective bargaining system and sullied the reputations of all honest trade unionists in the UAW. Jewell took cigars, big steaks, first class airfare, rounds of golf, villas, lavish entertainment, and personalized bottles of wine because he lost sight of the true reason the UAW’s members were paying him a salary and compensation amounting to hundreds of thousands of dollars. Jewell’s breach of trust and his damage to UAW members’ faith in their union deserves just punishment."

The government recommends 15 months in prison and a stiff fine. 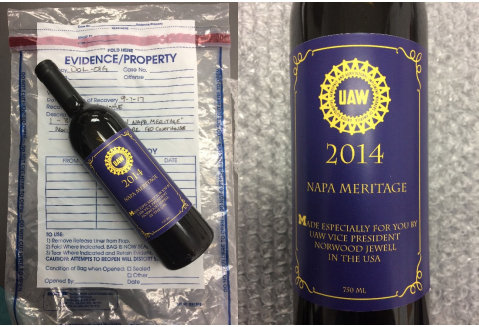 Wine with custom labels given to partygoers.

The memorandum filed Tuesday cites a number of ways the Fiat Chrysler money was illegally used including:

Prosecutors showed the villa and wine bottles in the sentencing memorandum.

Some other crooked actions included Jewell directing another official to buy $2,130 worth of Disney World theme park tickets for Jewell’s best friend and his family. 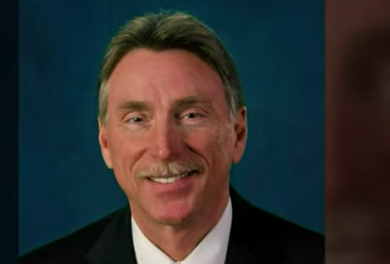 Jewell used the Fiat Chrysler-funded credit cards to pay for extravagant meals for himself and other UAW officials that were completely unrelated to the business of the National Training Center. For example, on July 14, 2015, Jewell caused one of his UAW subordinates to pay for a meal costing $7,694.07 at the London Chop House in Detroit.

The meal was for the UAW’s national negotiating committee to kick off the UAW’s negotiations for the collective bargaining agreement. That same day, Jewell caused another $800.30 in Fiat Chrysler funds to be spent for top UAW officials to smoke cigars and drink more liquor at the London Chop House’s cigar bar. The meal and cigar party for UAW officials on July 14 had nothing to do with the National Training Center, and there were no Fiat Chrysler executives present for the event.

Later, after the completion of the bargaining negotiations between the UAW
and Fiat Chrysler in September 2015, Jewell caused another $6,912.81 to be spent
at the London Chop House for Jewell, the UAW President, and the negotiating team
to celebrate a collective bargaining agreement with Fiat Chrysler. The extravagant
meal at the chop house was again paid for with Fiat Chrysler funds. Soon thereafter,
the membership of the UAW voted to reject the proposed agreement negotiated by
Jewell and his team.