After nearly a three-year search, police have arrested a man wanted in the Victory Inn sex-trafficking case. 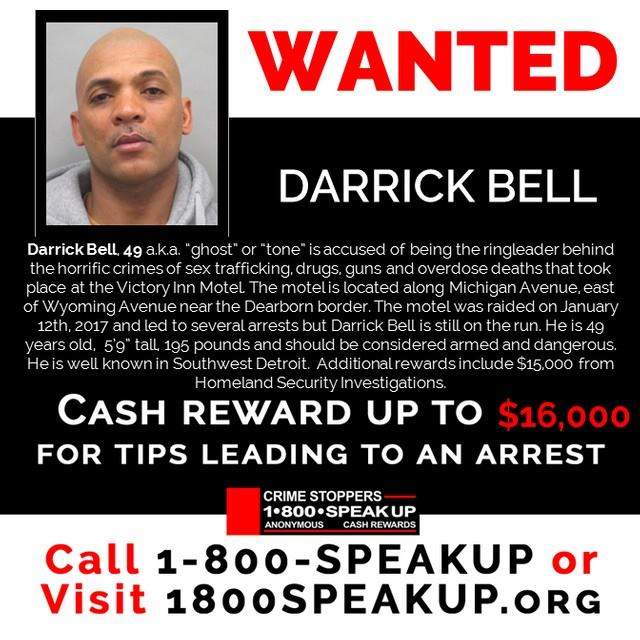 Homeland Security Investigations and the U.S. Marshals Service apprehended Darrick Bell, 50, at a motel in Monroe, Michigan Wednesday, according to a local U.S. Immigration and Customs Enforcement spokesman.

Bell also goes by the names "Tone" and "Ghost," and was on Homeland Security Investigations' "Most Wanted" list before his arrest.

The Victory Inn, now demolished, was the west-side motel at the center of a large drug and trafficking bust in January 2017. About 150 agents from multiple law-enforcement agencies found trafficking victims, drugs and squalid conditions. Bell was charged in an indictment, but left the inn ahead of the raid.