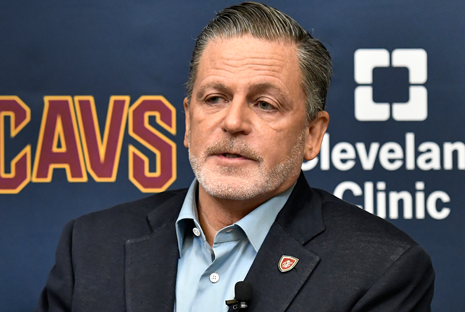 Quicken Loans Chairman Dan Gilbert seems to be making great strides in his recovery since his stroke on Memorial Day weekend.

In a video message sent to employees this week, Gilbert, who is at a Chicago rehabilitation center, seated from the chest up, is sporting a black sweater and a neatly trimmed beard, reports Nolan Finley of the Detroit News, who writes:

His face shows no signs of a stroke. His speech is clear, and his voice is strong and steady. He looks somewhat thinner than before the stroke, but not weak or wan.

"Whatever you're doing is great," Gilbert tells his employees. "It's going much better since I left a few weeks back, I noticed." In his absence, Quicken recorded the best quarter in 34 years, Finley writes.