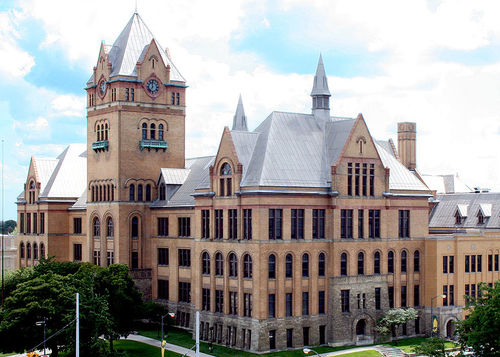 Detroit police are investigating after a body was found in Wayne State University's Old Main building at Cass and East Warren avenues.

Police say a 49-year-old man was found unresponsive in the building at 7:45 Monday morning.

Wayne State University officials say preliminary indications suggest there were no obvious signs of trauma or foul play. The man — a former student at the school — was found in a bathroom, they said.

Police were unable to immediately provide further details, but said homicide investigators were on scene.