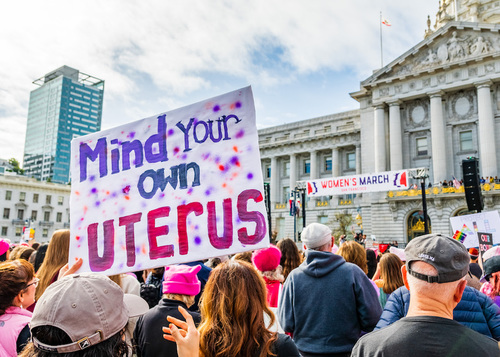 The Women's March on Washington in 2017. (Photo: Deposit Photos)

Planned Parenthood officials are looking into the possibility of mounting a ballot initiative in Michigan to counter two anti-abortion campaigns currently underway.

According to The Detroit News:

In Michigan, two ballot committees are nearly two months into their collection of signatures for ballot proposals that would prohibit abortions after a fetal heartbeat is detected and prohibit dilation-and-evacuation abortions. They have until mid-December to collect at least 340,047 valid signatures required to advance the initiatives for expected approval in the Republican-controlled Legislature.

The potential Planned Parenthood initiative could oppose those proposals or attempt to protect abortion rights ahead of a possible reversal of Roe v. Wade by the U.S. Supreme Court.

The News reports the group will in the coming months assess the state's "appetite" for such an initiative. Planned Parenthood has already set up a ballot question committee, a formality for running its opposition campaign.