'The' Ohio State football factory sticks its nose in the air, hilarity ensues

If it was a move calculated to get a response, well, it worked. 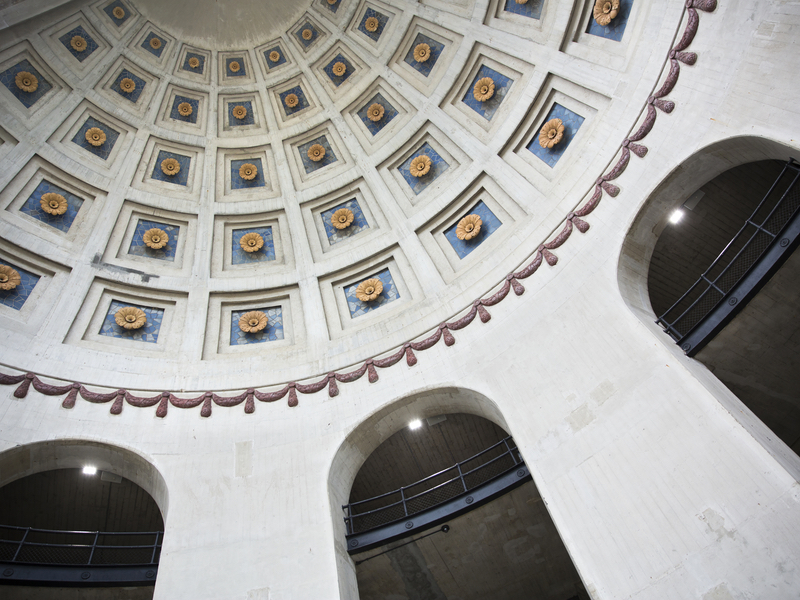 This is THE Ohio Stadium rotunda. (Photo: OSU)

When Ohio State University moved to trademark the definite article "the" -- but only in conjunction with the school's name, on certain branded merchandise -- officials probably knew it would . . . what's the word we're using now? Triggered? That it would trigger certain individuals in the silly-season slump of no-news August, especially those with a few jokes to offload at the expense of the football powerhouse in the Buckeye state.

One was Shawn Windsor at the Freep, who filed a whole column on the subject, full of Albomesque one-sentence paragraphs, like so:

The attempt to trademark (19-0) came from the New England Patriots a few weeks before they lost Super Bowl XLII to the New York Giants. Perhaps you remember. The Patriots entered the game undefeated and figured they’d corner the market on 19-0.

They never got the chance.

And if Ohio State studied the history of silly trademark requests, maybe it would reconsider its plan to pick off … “THE.”

As in: THE Ohio State University.

Which is interesting, because I thought campuses were supposed to teach us how to use words, not run off with them in the middle of the night.

We can cut Windsor a break. Some people have to work through August, and the paper still needs to be published. And to be sure, the seven-paragraph USA Today story that likely inspired it put it in context:

The school filed a trademark with the United State Patent and Trademark Office last Thursday for "the" when used with the university's name on items marked for sale, which could include T-shirts and hats.

..NFL fans are aware it's commonplace for a former Buckeye playing a prime time game to introduce himself with their name followed by "The Ohio State University," which is the school's formal name.

So it's only for branded merch, in other words. You are still free to use "the" in any other context, but if you want to make and sell a T-shirt with the name of Ohio's largest institution of higher learning, stick with simply "Ohio State University," "Ohio State" or "OSU" and you'll likely be fine.

As snarky responses go, this one is better:

This is all very amusing to your Thursday-morning aggregator, a native of Columbus, who remembers when the place was known as the landlord of the OSU ag school's pastures at the end of her street, where cows grazed. The city's downtown skyline was visible over the Holsteins' backs on clear days, an image irresistible to every out-of-town photographer tasked with illustrating the dozens of stories in large newspapers, about whether Columbus was about to shed its cowtown image and become the big city it always yearned to be.

It did, and then it set to work supercharging OSU's rep as being more than a farmer-training academy with a great football program. "The" seems to be part of that haughty new attitude, but natives know better.

P.S. Because this scratched a memory itch, I just went downstairs and dug my own diploma out of a basement filing cabinet and checked. After growing up in Columbus, I wanted to get the hell out for my college years, and did, traveling 90 miles southeast to Appalachia, where I graduated from The Ohio University, the first institution of higher learning in the Northwest Territories, and take that, OSU. It says so right on my diploma.