The 13th Congressional District's first-term representative comments about this essay at our site by Metro Detroit political consultant Greg Bowens. Here's what she posts on her personal Facebook page, lightly edited for style.

While this president and his white supremacists attack me and the work I am doing for my residents, I have been staying focused.

I can't control the media. But more importantly, the people who you want to speak up for me will never do it because I won't sell out to Danny Gilbert, Illitches or any other developers who buy their support in my city. I am #unbought and that is why some folks in leadership won't speak up. That is the reality at home and no one talks about it. 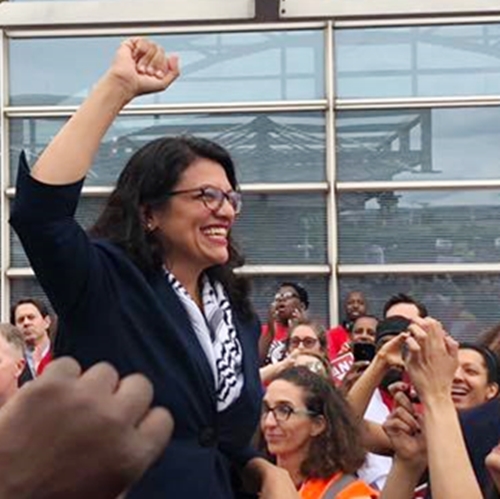 "My black teachers in Detroit Public Schools taught me about the pain of oppression." (Photo: Facebook/Unite Here)

The problem isn't about connecting the struggles of the Palestinian people to my residents at home. I do that every day, because my black teachers in Detroit Public Schools taught me about the pain of oppression here at home and abroad.

Every policy bill introduced (from the BOOST Act to PAID Act to banning facial recognition) is focusing on the corporate and racist assault on my families and the people of #13thDistrictStrong.

My track record of six years in the state House and now eight months in Congress has put my people here at home first.

While I took on the Koch Brothers who dumped their toxic waste in our backyard, those same folks mocked me for trespassing and gathering samples for testing on our own. Guess where it was dumped? On Matty Moroun's property, so folks stayed silent. 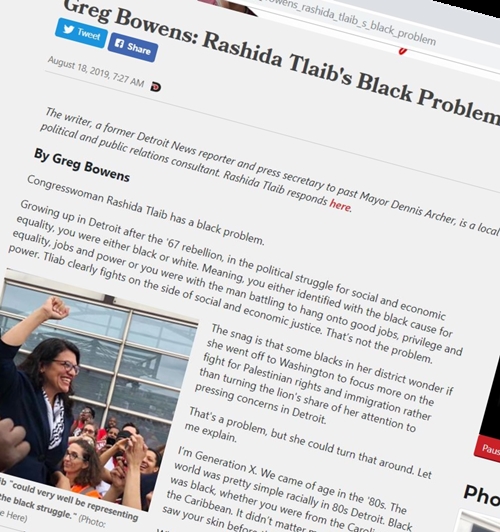 From the recent development deals that screwed over our schools and neighborhoods, I won't stop speaking the truth.

And this is why the individuals that I know Greg Bowens is speaking about won't ever say anything in support of me. Even when a white supremacist in the White House attacks me, they remain silent.