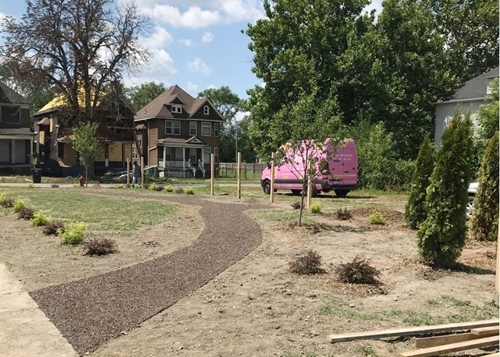 The project site at 16th and Marquette Streets in early August. (Photo: Twitter)

A cozy community gathering spot will be dedicted in three weeks at what had been an overgrown, fenced-in vacant lot on Detroit's near-northwest side.

The small art park at 16th and Marquette streets is a way to "celebrate Northwest Goldberg’s history and future," says project organizer Daniel A. Washington, a 25-year-old entrepreneur and lifelong resident of the neighborhood. 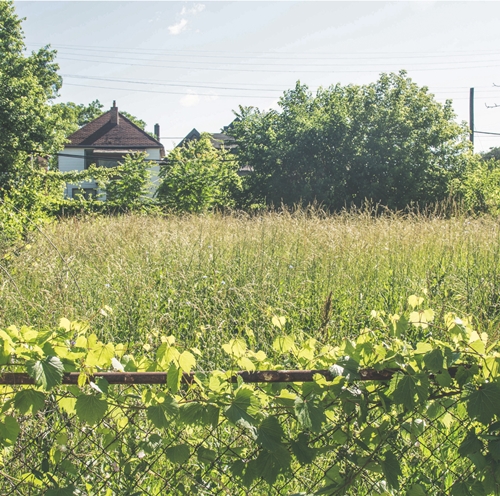 He raised more than $12,600 this year for the beautification work, which will include landscaping, a path made from recycled tires, a culpture by Detroit artist Doyle Huge, two benches and a wood fence. An opening ceremony is scheduled Sept. 12.

"Art Park is coming together. What you think?" Washington tweeted early this month with the photo above.

Washington two years ago created a nonprofit group, NW Goldberg Cares, that raised $7,569 from 72 donors on Patronicity -- surpassing its $5,100 goal. The state had agreed to match that target amount through its Michigan Economic Development Corp.

"We believe that the best way to revitalize our neighborhood is by looking outside of standard and traditional blight-removal techniques," says the now-ended crowdfunding appeal. "We are creating enjoyable, permanent spaces for our residents to experience."

Northwest Goldberg, with about 2,000 people, is bounded by West Grand Boulevard on the north, the Lodge Freeway on the east, I-94 to the south and Grand River Avenue along its western edge.

Washington and group executive director Jordan Yagiela describe their area as an "often-forgotten historic neighborhood." The park, four blocks west of Rosa Parks Boulevard and five blocks south of West Grand, is near other vacant lots where homes once stood. 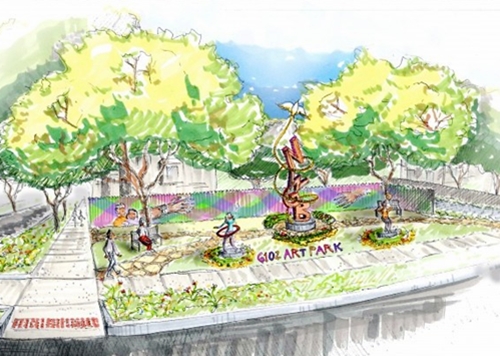 "We are here to make a difference," say coordinators of this nearly done project.

"We have witnessed the signs of reality and trouble," the art park solicitation acknowledges. "We are here to make a difference."

The corner site, acquired from the city, will host "community-based creative events such as spoken word nights, picnics and other family-friendly programming," the nonprofit adds.

Until now, it notes, the area has "no open and accessible community spaces . . . for residents of all ages to come together and enjoy what our neighborhood has to offer. . . . NW Goldberg needs a beautiful, safe space where residents can gather, kids can play, and neighbors can meet neighbors."

After years of disinvestment, the neighborhood -- which is home to the Motown Museum and Recycle Here! -- has seen increased development in recent years, including Henry Ford Health System’s new cancer pavilion and arts space as well as new businesses like Rebel Nell and York Project’s retail storefront.

In addition to his community organizing role, Washington is co-founder and chief marketing officer of Detroit Dough, a two-year-old startup that makes ready-to-eat cookie dough. (Its pink van is at right in the photo atop this post.) The company gives 5 percent of sales to NW Goldberg Cares to support the art park and other projects, such as a neighborhood garden and redesigning homeowners' front yards,

Washington graduated in 2014 from Wayne State Uniuversity, where he was managing editor of The South End student newspaper. 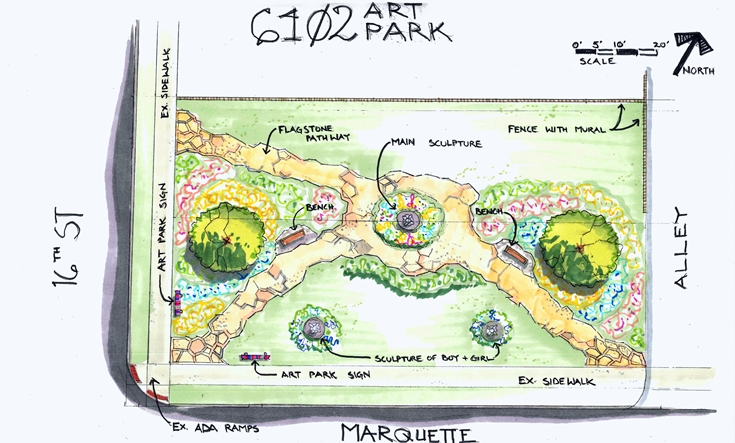