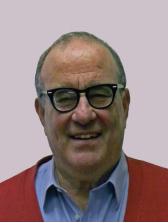 A Detroit federal judge got a rebuke from the Court of Appeals in a case involving the University of Michigan.

The 6th U.S. Circuit Court of Appeals in Cincinnati ruled Friday that Detroit U.S. District Judge Arthur Tarnow abused his discretion when he ordered UM President Mark Schlissel to attend a hearing and publicly discuss a sexual misconduct case against a student, Robert Snell of The Detroit News reports.

Tarnow, who has expressed frustation with the case, accused UM officials of being more concerned about shielding Schlissel from scrutiny than fairly handling sexual misconduct cases involving students.

"He will be here," Tarnow said when he ordered Schlissel to court “This should be more important to him than almost anything going on at the university. . . . I am not sure I would understand anything else being more important than resolving what is a hot-button issue at every university in this country."

"This case is about power," Judge Amul Thapar wrote for the unanimous panel. ". . . The district judge abused his discretion when he ordered a specific high-ranking state official to serve as a party’s representative."