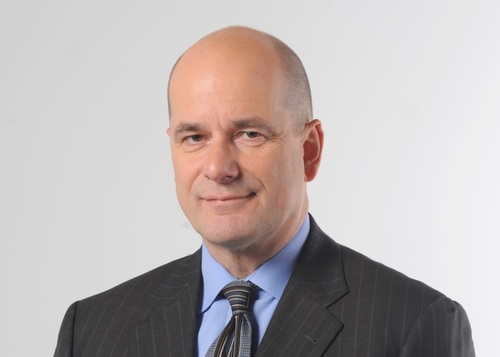 Conservative Detroit News columnist Nolan Finley is out of a job at 910am Superstation after a purported dispute with station owner Kevin Adell.

Adell removed Finley without warning Tuesday, issuing a press release announcing that a new host would take over his 7-9 a.m. weekday time slot. Finley first learned he was no longer employed by the station when Deadline Detroit reached him for comment.

The columnist lasted two years at 910 and was said to be getting paid, unlike most on-air talent. His conservative views were unusual for the station, which bills itself as the voice of Detroit’s black community.

Adell declined to tell Deadline Detroit why Finley was let go unceremoniously, but said his show suffered from low ratings and that he was unwilling to make adjustments.

"If you piss off the owner, he’s going to let you go and he can do it the nice way or the hard way and I chose the hard way," Adell told Deadline Detroit. “I have no intention of elaborating. Nolan knows what he did wrong.

“Just because you’re a great writer doesn't mean you’re gonna be great on the air,” he went on. “So when we try to give you constructive criticism and you can’t take it — I’m not a psychologist, I don’t know why he didn’t take it.”

Adell offered a bit more detail to Metro Times, saying Finley had a "bad attitude" after his pay was cut over poor ratings.

In a text message, Finley told Deadline Detroit he was unaware he had upset Adell.

“I find that amusing and have no clue what he’s talking about,” he said. “We’ve never had a disagreement. I gave it a shot and the show didn’t catch on. No hard feelings on my end, I’m now looking forward to sleeping in.”

Finley will be replaced by Detroit radio personality Coco, who was previously with hip-hop station WJLB. Her show starts Sept. 9.