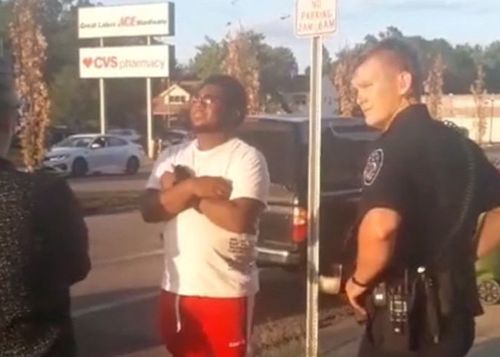 A Royal Oak police officer involved in the controversial stop of a young black man two weeks ago has resigned from the department.

Michael Pilcher resigned Friday after a meeting with Chief Corrigan O'Donohue, according to media reports.

Pilcher stopped 20-year-old Devin Myers on Aug. 13 and asked for his ID after a woman called 911 to report that he was staring at her. Myers said he was looking for a parking space. The stop, which was captured by a bystander, occurred in the city's downtown, near Inn Season cafe.

Pilcher was on the force one year. O'Donohue said that an investigation into the officer revealed a pattern of "behavior inconsistent with our expectations," according to WWJ.

He says the officer operated in a way that was "unacceptable to the department with people of all races."

The chief has said Pilcher "had no legal right" to ask for Myers' identification. Initially, O’Donohue said the rookie officer would "be provided with remedial training to address this issue."

A supervisor who arrived toward the end of the 20-minute encounter has been disciplined. O'Donohue previously said that supervisor also did "not handle the situation correctly."