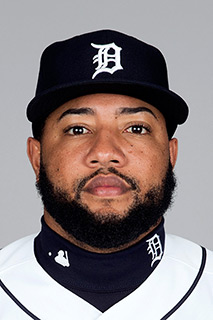 On the last day of August, the lowly Detroit Tigers delivered a miracle -- they beat the first-place Minnesota Twins Saturday at Comerica Park 10-7 and ended a six-game losing streak.

Tiger Ronny Rodriguez knocked in five runs and belted a pair of home runs — his 12th and 13th, The Detroit News reports. The Tigers scored seven runs in the third inning.

Interestingly, the Tigers gave up six home runs -- four of them off of pitcher Matthew Boyd -- which allowed the Twins to set  a new MLB single-season home run record with 268, bettering the previous mark of 267 set last season by the Yankees, The Detroit News points out.

"That was probably the most intense four-run game I've ever been in in my life, including the playoffs," Tigers manager Ron Gardenhire said. "It was a little more exciting that you'd like it. They don't get base hits, they get home runs.