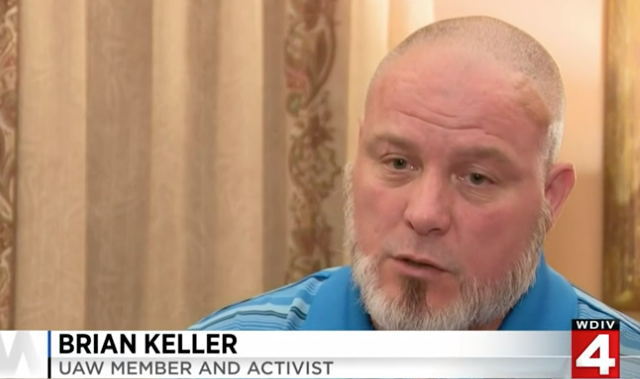 For many in the labor movement, the United Auto Workers had long been considered a top-notch union -- honest, powerful and politically progressive.

But that reputaton has been tarnished due to a years-long FBI probe that has unearthed plenty of corruption at the top levels. And members don't plan on staying silent.

A small group plans to protest at the annual Detroit Labor Day Parade down Michigan Avenue on Monday morning. The march traditionally includes an array of UAW locals.

Protesters are angry about a lengthy federal probe that has uncovered bribery and kickbacks at the highest levels, including some who have lead contract negotiations for the rank and file, WDIV's Priya Mann reports.

The corruption came to light again with the recent FBI searches of UAW president Gary Jones' Canton Township home, former UAW president Dennis Williams' home in Los Angeles, a St. Louis UAW hall and a home Jones had in St. Louis, where he worked before Detroit.

"We're not protesting laborers. We're protesting the concessions, the job losses, the collusion, corruption, the nepotism."

"We don't know how far the corruption goes. We feel that anyone under investigation right now should step aside during negotiations."