With every amateur shutterbug and his kid cousin now flying drones these days, it's probably time for this public-service announcement: 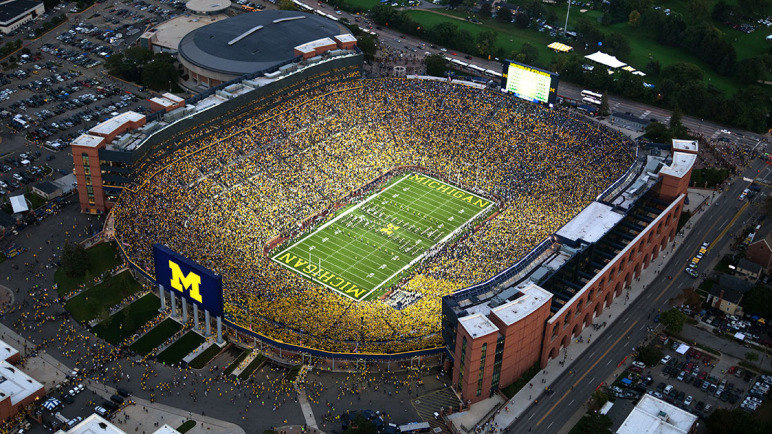 A tempting perspective for a photographer. (Photo: U-M)

It is illegal to fly unapproved drones over Michigan Stadium. Or anywhere on the U-M campus.

According to the University of Michigan policy on the operation of drones (unmanned aircraft systems or UAS), penalties for “unsafe or unauthorized” use of a drone by anyone on the Michigan campus may include “criminal and/or civil penalties.” It also can be recommended that the violator loses flying privileges for a year on the first transgression and a permanent loss if it’s repeated.

The suspects' names are not reported.

It's easy to see why the rule exists, particularly for the stadium: Not everyone is an expert at the controls, and a falling or misdirected drone could cause injury in a densely packed stadium. However, with prices dropping and more amateurs buying drones, such incidents will no doubt increase. Not everyone can resist the lure of getting an on-high shot of a packed stadium at kickoff.