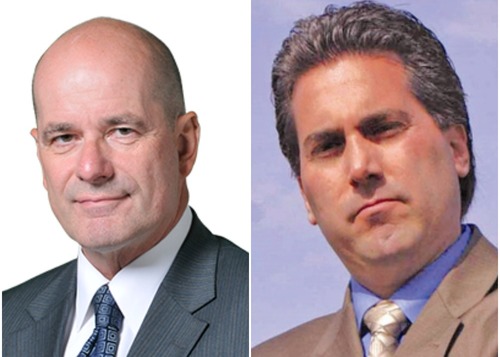 Detroit News columnist Nolan Finley is taking the gloves off a week after his unceremonious firing from 910am Superstation, calling station owner Kevin Adell “creepy,” “a flat-out nut” and “a fanboy.”

Finley — whose show aired every weekday from 7 a.m. to 9 a.m. — was first informed he'd been fired by Deadline Detroit, after 910 issued a press release announcing his replacement. Adell said he chose to let go of Finley “the hard way” because the columnist copped a bad attitude when his pay was slashed over a series of weak ratings reports.

On Thursday, 910 produced records quantifying the level of disinterest in Finley’s show: It netted an average 100 listeners per day during the month of August. Morning drive time had previously drawn thousands of listeners, Adell said.

In addition to sharing the abysmal ratings, Adell offered up a juicy tidbit he perhaps believed would help resurrect this week-old story: Finley, he said, broke down in tears when he was told his pay would be cut by 50 percent.

“He said that’s never happened to him,” Adell said. “And I was like, ‘There’s always a first my friend. Your show is boring, it's dry balls in a desert.’”

Finley’s conservative views were uncommon at the station, which bills itself as the voice of Detroit’s black community. Adell said he'd hired him in hopes he would "incite" listeners.

Firings are common at 910, and Adell is known for throwing past hosts under the bus. Finley — whose show was on the air for nearly two years — took the high road last week, but on Thursday, he took the bait.

“I certainly didn’t cry. That’s ridiculous,” he said in a text. “Kevin Adell and the truth have never been in the same room together. I’ve moved on. I don’t understand his obsession with me. It’s weird. Maybe he had a crush?”

“He’s a flat-out nut,” Finley went on. “He called me nearly every day to tell me how much he liked me and appreciated the credibility I was bringing to his pitiful station. It was creepy.”

Finley, the opinion page editor at The News, noted the show was not his primary source of income, but rather a “part time gig” that he “never needed in the first place.” When pressed as to why someone in that position would cry over a pay cut, Adell said he didn’t know but that “I'm too rich to lie.”

Neither Finley nor Adell would say how much Finley was being paid. Adell did, however, offer a detailed accounting of what he could do with 100 listeners.

Finley will be replaced by Detroit radio personality Coco, who was previously with hip-hop station WJLB. Her show starts Sept. 9.