"I am an Islamophobe, I wear that badge proudly," he tells Jessica Dupnack of Fox 2 News (video below). "We don't hate Muslims, we hate the ideology they are identified with." 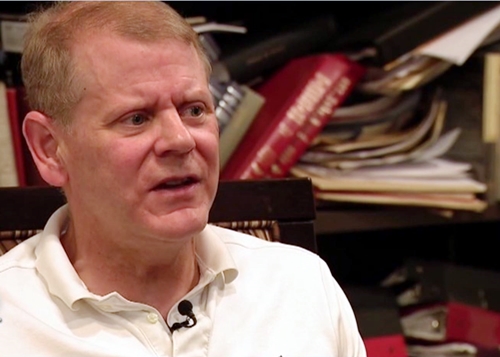 The suburban clergyman sounds equally proud about the stir he causes with provocatively timed events at his church next week. They incude a three-hour discussion titled "The Trojan Horse of Interfaith Dialogue" next Wednesday -- which not coincidentally is Sept. 11, aka Patriot Day.

The forum, subtitled "How the Interfaith Movement is Sabotaging America and the Church," is part of a two-day free program at the Telegraph Road church titled "9/11 Forgotten -- Is Michigan Surrendering to Islam?"

To call McCay extreme is like saying the president seems a bit factually unreliable at times. "We believe that Muslims, committed Muslims that are familiar with their faith, are committed really to the overthrown of the United States and to world domination," he tells Fox 2.

Critics of the unbridled bigotry include U.S. Reps. Andy Levin of Berkley and Debbie Dingell of Dearborn, who say in a statement: "There is no place for hate in Metro Detroit." They urge the church not to host the Sept. 11-12 forums, as do Democratic state Reps. Abdullah Hammoud of Dearborn and Mari Manoogian of Birmingham.

Dingell adds Friday on Twitter: "Events that directly attack members of our community go against everything we hold dear about our country."

The pastor won't cancel or reschedule, he tells Dupnack.

Nada Al-Hanooti of Dearborn, director of Michigan's branch of an organization named Emgage USA, says events such as next week's can inspire an attack on Muslims. "That terrorizing speech creates terrorists," the former Dearborn Council candidate tells Kim Russell of WXYZ.

"They want a homogeneous society, butr that's not going to happen."