Ex-Executive Gets 1 Year In Connection with Detroit Demolition Program 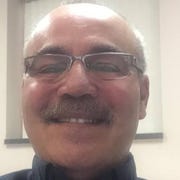 Anthony Daguanno, a former executive with a prominent Detroit demolition firm, was sentenced Tuesday in federal court to 12 months in prison for fraud in connection with Detroit's demolition program.

Daguanno, of New Baltimore, pleaded guilty in April to bribery and bid-rigging.

The 62-year-old, a past executive with Adamo Group of Detroit, contacted subcontractors to get bids for demolition work that needed to be submitted to city council.

On multiple occasions, one subcontractor paid Daguanno to disclose confidential information about bids from competitors so he could beat them and land lucrative contracts.

In all, Daguanno received $372,000 in bribes and kickbacks on 71 occasions over eight years.

“The City of Detroit and its demolition program were entrusted with millions of taxpayer dollars to tear down abandoned houses in Detroit’s neighborhoods," said Saima Mohsin, a first assistant federal prosecutor, in a statement. "The corruption of the government contracting process by Anthony Daguanno damaged the integrity of the demolition program and broke the public trust."

“The confidential bid information that Daguanno disclosed in exchange for bribes harmed the competitive process on contracts worth millions of dollars. Bid information is confidential for a reason—disclosing it allows a bidder to unlawfully tilt the bidding process in his favor."