Ilitches bringing Starbucks no one asked for to District Detroit 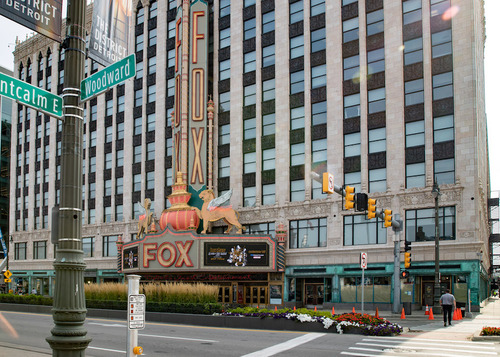 The third Starbucks in a 1.4-mile stretch will go here.

There may not be as many shops or restaurants as expected in the District Detroit, but there will be a new Starbucks. The third Starbucks along a 1.4-mile stretch of Woodward between Mid- and downtown, to be exact.

The Ilitch family's Olympia Development today announced the coffee chain will take over a 3,000-foot space previously occupied by Johnny Rockets in the Fox Theatre building.

Construction is under way with an opening planned for later this year, a release said.

“Starbucks adds great food options for the millions of people who visit for games and shows, as well as those who live and work in the area," said Keith Bradford, senior vice president of Olympia Development of Michigan.

The release claims Starbucks will join about 10 other eateries and retail businesses due to open on Columbia Street. Plans, however, tend to be fluid in the Ilitch-verse.