A strike by the United Auto Workers is "more likely, but by no means inevitable," an expert tells The Detroit News as talks between the union and the Detroit Three automakers continue in advance of Saturday's contract expiration. 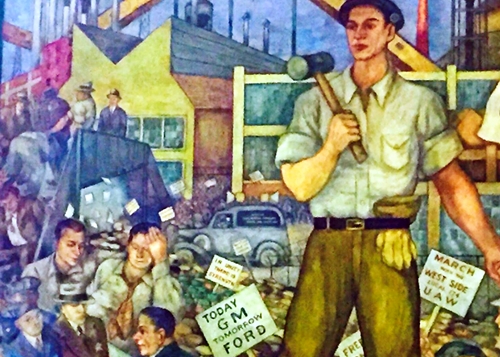 Organized labor isn't what it used to be.

Ian Thibodeau writes for The News:

The UAW wants to demonstrate strength as a widening federal corruption probe into its top leaders, including President Gary Jones, divides its membership. Contract negotiations are riddled with new sticking points that could stall negotiations and push union leaders to order a walkout.

The potential complications are numerous:

Trade tensions and an escalating battle over emissions standards cloud the future of the industry; a federal criminal investigation into union corruption is reaching the highest levels of union leadership; and, for the first time, bargainers don't know whether the president of the United States might take to Twitter to bash UAW leaders, the automakers or GM's move last November toward closing four U.S. plants, adding new pinch points to an already prickly quadrennial ordeal.

When the contract expires at 11:59 p.m., workers will either have a tentative deal in place, an extension to allow more time for bargaining, or will walk off the job.