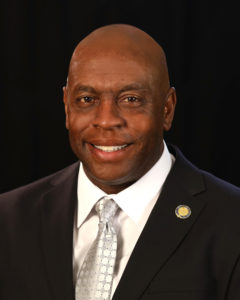 The days of the United Auto Workers Union enjoying a squeaky clean reputation are long gone.

Specifically, authorities allege that Pearson, a board member of the UAW International Executive Board, conspired with other union officials to embezzle hundreds of thousands of dollars in union money for personal benefit.

Pearson is the latest UAW official to face charges in a years long FBI probe into the union and auto industry.

Pearson is director of UAW Region 5, headquartered in Hazelwood, Mo. It represents tens of thousands members from Missouri and the 16 states to the southwest, including California.

Pearson is a member of the UAW’s International Executive Board, which governs union affairs.

From 2014-18, authorities allege, Pearson and other UAW officials submitted fraudulent expense forms for reimbursement from the Detroit headquarters for expenditures in connection with leadership and training conferences.

Actually, the government says, the co-conspirators used the conferences to conceal the use of hundreds of thousands of dollars in UAW funds to pay for lavish entertainment and personal spending on items such as golf clubs, hats and jackets, meals and cigars.

Pearson has a long history of being involved in his church and gives his full participation in his community, including being a long-term member of organizations such as the NAACP, the Coalition of Black Trade Unionists, the Coalition of Labor Union Women, the Asian Pacific American Labor Alliance and the Labor Council for Latin American Advancement.