Keeping the Greek in Greektown: Ethnic grocery and cafe concept planned for Monroe 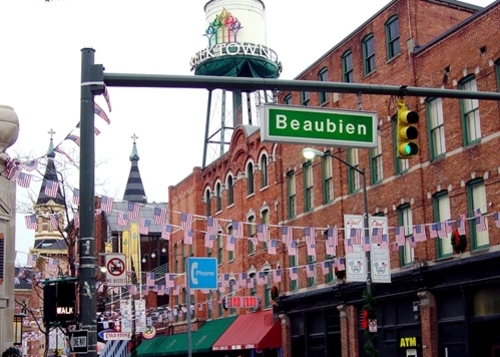 Greektown — once the home of a number of ethnic grocery stores, bakeries, and coffee shops and now the home of chains like Wahlburgers — may yet get its groove back.

A hybrid grocery, bakery, and cafe called Bakalikon is in the works for Monroe Street, Crain's reports. Bakalikon means grocery market in Greek.

The Dionisopoulos family, which owns Exodus and Golden Fleece, is reportedly behind the concept.

Bakalikon would constitute something of a modernized "reviving" of the old bakery shop, he said. It would sell Greek packaged foods and ingredients, baked goods and grab-and-go dishes, alongside a bar with Greek cocktails and wine.

Dionisopoulos expects the space to seat about 20 for casual breakfast, lunch and dinner.

"We wanted to keep our heritage going, since a lot of people just aren't doing anything Greek anymore" in the historically Greek community, he said. "It's stale and we're trying to modernize it, and keep it going, because we don't want to lose Greektown completely."