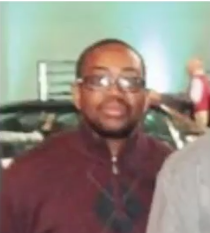 Christopher Staton
An ex-Detroit Police officer was convicted Tuesday of helping a drug trafficking organization. In one instance, he conducted a fake arrest for the gang.
Following a four-day trial, a federal jury in Detroit deliberated about a day before convicting Christopher Staton, 52, of conspiring with drug traffickers Meltwaine Dukes and Sedrick Jackson, who were distributing drugs including cocaine and fentanyl.
Prosecutors presented evidence  that Staton used his position to run license plate checks for the gang and provided other sensitive law enforcement information, the U.S. Attorney's Office says in a release that cites some violations:
►After a law enforcement officer stopped one of the organization’s drug couriers who was trying to deliver almost one kilogram of fentanyl, Staton provided advice to Dukes about how to handle the situation, and also agreed to find out if the courier was actually arrested.

► On another occasion, Staton, at the request of Dukes, conducted a staged traffic stop of Jackson, who was transporting drugs or drug proceeds, in order to fool their drug supplier to think that police had taken the contraband. Staton was in a police vehicle and armed at the time. Staton was paid $20,000 in cash for the fake arrest.

► In addition to using his position as a police officer to assist Dukes and Jackson in running the drug business, Staton bought drugs from Dukes for re-sale.

“Although the vast majority of police officers in Michigan are fully dedicated to protecting the public, sometimes there is an infrequent example of an officer driven by corruption and greed,” U.S. Attorney Matthew Schneider said in a statement.