Melvindale schools back in session after arrest in shooting rumor

Schools were closed for three days in the Melvindale-Northern Allen Park district this week, as police tracked down a social-media rumor that two school shootings were being plotted, one for the high school and one for the middle school. 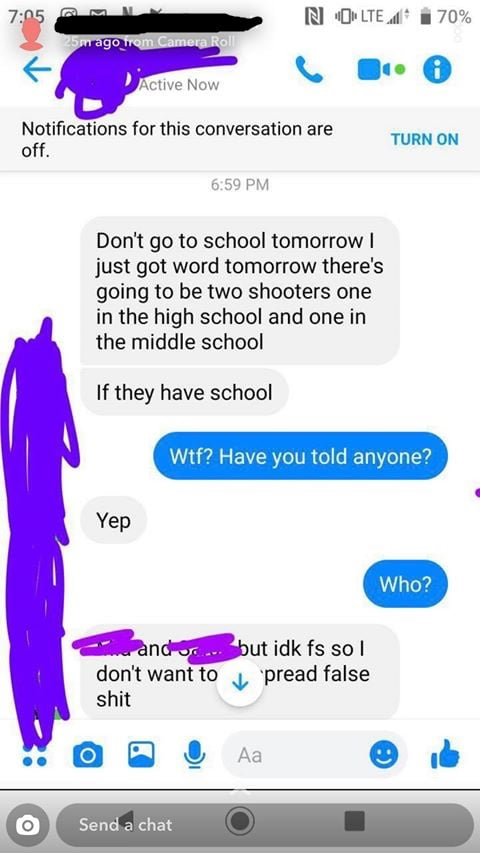 Police released this screenshot of the alleged threat. (Photo: Facebook)

The Associated Press reported that the threats first surfaced Sunday, and schools were closed until Wednesday, when police made an arrest and announced it -- on social media.

Not many details about the arrest were made public, the AP reports:

Melvindale police posted a screenshot Tuesday of an online conversation that indicated "there's going to be two shooters one in the high school and one in the middle school." The FBI is involved in the investigation.

Police are asking anyone with information on the alleged threats to share it with authorities.